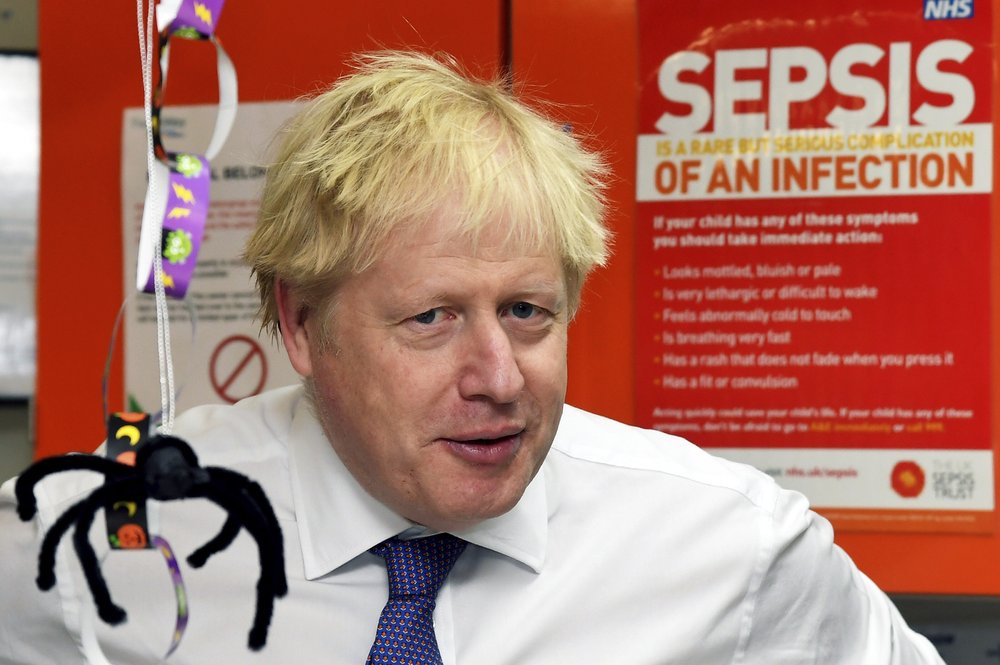 Britain's Prime Minister Boris Johnson speaks to staff in the children's ward as he visits Milton Keynes University Hospital in Milton Keynes, England, Friday Oct. 25, 2019. European Union ambassadors agreed Friday that the bloc should grant Britain’s request for another extension to the Brexit deadline but have not yet figured out how long that delay should be. (Photo: AP)

Two British opposition parties want to hold elections even earlier than Prime Minister Boris Johnson has proposed as they try to ensure the country doesn't leave the European Union without an agreement.

The Scottish National Party and the Liberal Democrats say they will push for a Dec. 9 election, three days earlier than Johnson has proposed and years earlier than the next scheduled vote in 2022.

They also plan to ask EU leaders to extend the Brexit deadline to at least Jan. 31 to provide more time to debate Johnson's withdrawal agreement.

Johnson says if lawmakers approve a Dec. 12 election he will attempt to push his Brexit deal through Parliament quickly. He is seeking to delay Britain's Oct. 31 Brexit deadline by only a few weeks to keep pressure on lawmakers.