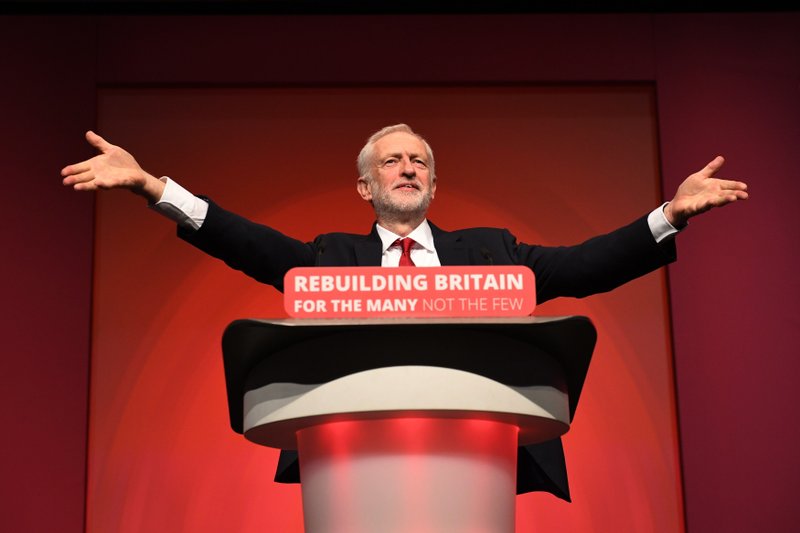 LIVERPOOL, Britain, Sept. 26 (Xinhua) -- Britain's Opposition Labor party will press for a general election if the parliament votes down a government plan for a Brexit deal with Europe.

Jeremy Corbyn told the Labor annual conference in Liverpool that his party will vote against Prime Minister Theresa May's Chequers plan and will oppose leaving the European Union (EU) with no deal.

"It is inconceivable that we should crash out of Europe with no deal. That would be a national disaster," said Corbyn.

"That is why if parliament votes down a Conservative deal or the government fails to reach any deal at all we would press for a General Election," he said.

Corbyn said labor respects the decision of the British people in the June 2016 referendum when the vote was in favor of Britain leaving the EU by a 52-40 margin.

"No one can respect the conduct of the government since that vote took place," said Corbyn. "We all hoped that the people's decision would be followed by effective and responsible negotiations that would protect living standards and jobs."

"Instead, the main negotiations have taken place between different factions of the Conservative party and the only job this government is fighting for is the Prime Minister's," Corbyn said.

He said Theresa May used to say that "no deal is better than a bad deal", adding, "Yet now, after two years of botched negotiations she is threatening the country with just that choice, a bad deal or no deal. That is a threat to our whole economy, especially our manufacturing industry and to tens of thousands of skilled jobs here in Britain."