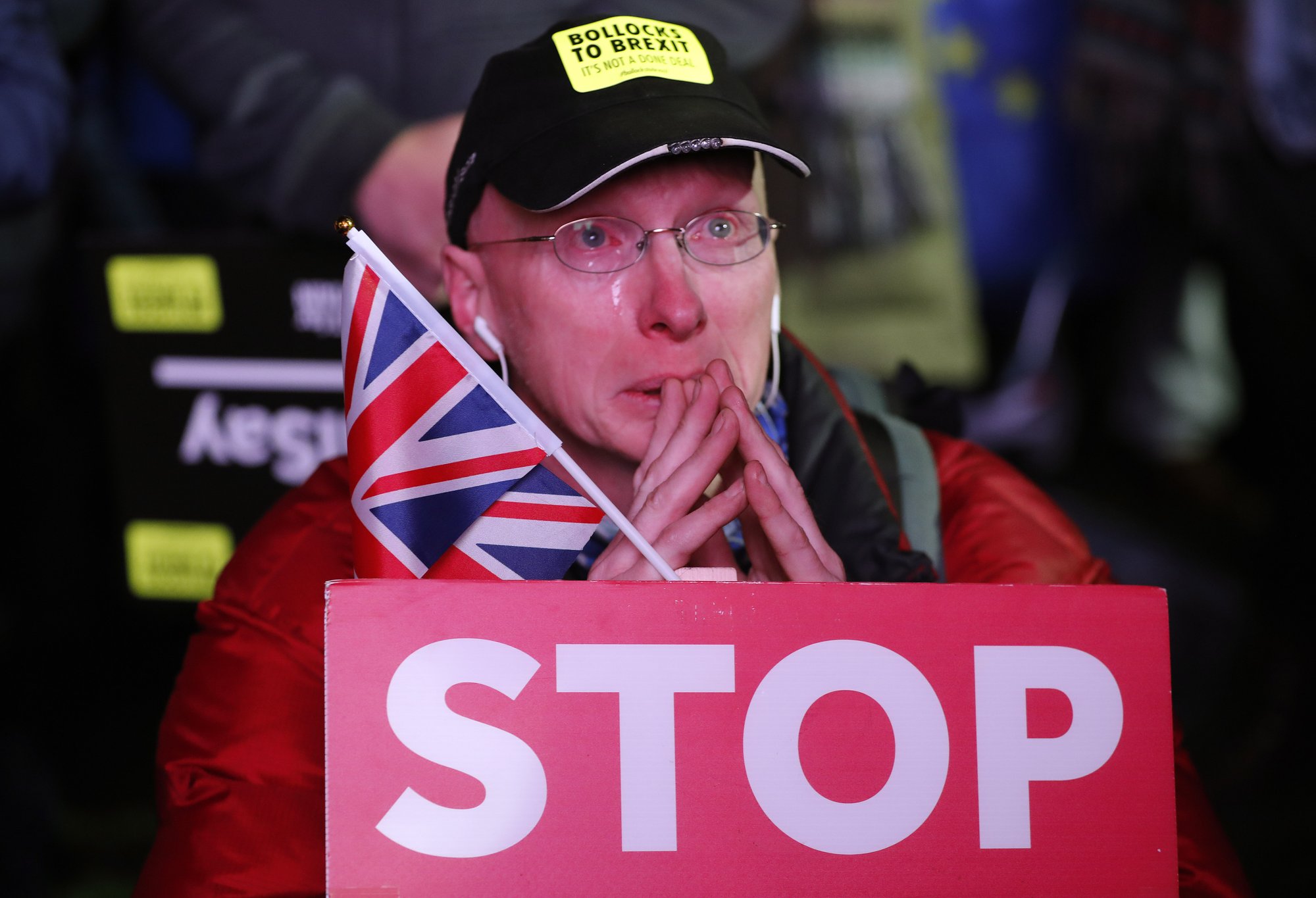 An anti-Brexit demonstrator cries as he gathers in Parliament square in London, Tuesday, Jan. 15, 2019. (Photo: AP)

London (People's Daily) -- The Brexit deal made by the UK government and European Union was rejected Tuesday evening.

The BBC said it marks the biggest government defeat in history.

The leader of Britain’s Labour Party Jeremy Corbyn tabled a vote of no-confidence in the government after the deal was defeated. The motion will be debated in the Commons Wednesday.

"Every day that passes without this issue being resolved means more uncertainty, more bitterness and more rancour," said May reacting to the huge government loss.

Dr. Alan Wager, research associate at The UK in a Changing Europe at King's College London, said after the vote that the defeat, larger than most expected, has led the country into "completely unknown territories."

"It seems almost certain that her (May's) deal which she has spent the last two and a half years negotiating is now dead in the water," he said.

Wager believed that a "no-deal Brexit", which will have catastrophic consequences, has become more likely following the vote.

Before the main vote, MPs voted on an amendment by Conservative MP John Baron, which was designed to give the British government the right to terminate the Northern Ireland backstop measure without the agreement of the EU. It was defeated by 600 votes to 24.