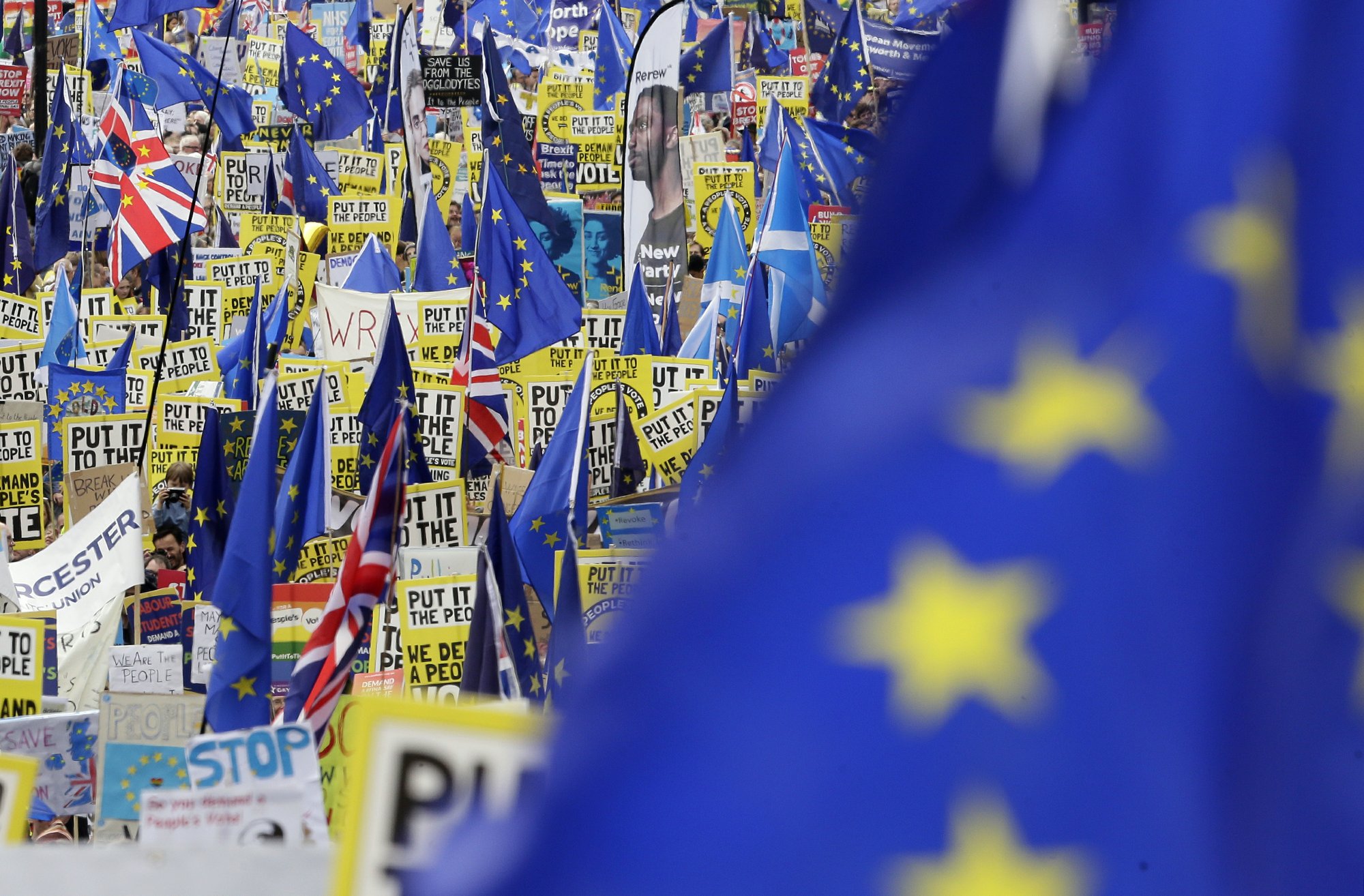 British lawmakers are set to hold a series of votes on different options for Brexit in an attempt to break the country’s political deadlock.

Lawmakers voted 329-302 to take control of Parliament’s timetable from the government starting Wednesday to hold votes on alternative Brexit options.

The alternatives could include remaining in the European Union’s single market or canceling Brexit altogether.

The government promised to “engage constructively” with the process but has not committed to enacting whatever lawmakers decide.

Parliament has twice rejected the divorce deal May’s government struck with the EU, and May acknowledged on Monday the agreement still lacks enough support to pass.

The impasse has led Britain to seek a delay to Brexit, which was set to go into effect this Friday. If May’s deal passes, it will leave May 22.

Otherwise, the U.K. has until April 12 to inform the EU of a new plan of action.