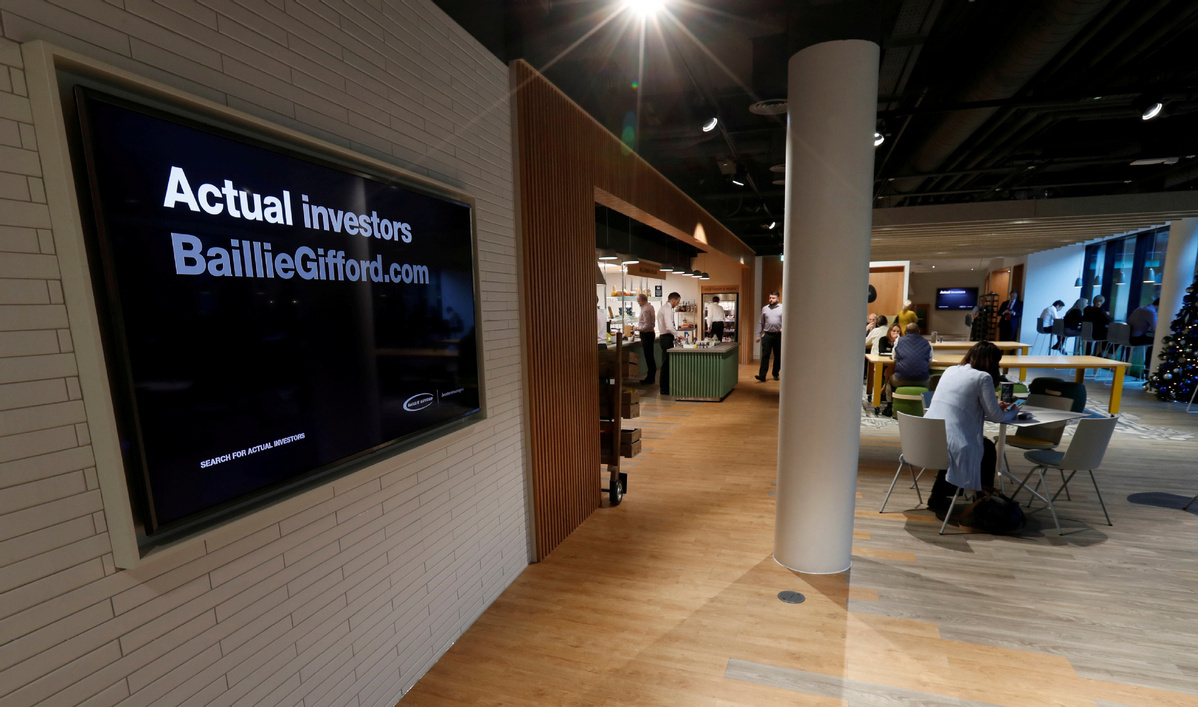 Scotland-based Baillie Gifford's decision to set up a full-fledged office in China confirms that the country's opening-up policy has boosted its confidence in the local market's future prospects, market observers said.

Baillie Gifford announced the opening of its Shanghai office on Wednesday. It is the 112-year-old company's first physical office on the Chinese mainland.

The firm is building its team in Shanghai to boost its research into more Chinese companies and "to find China's future winners", said John MacDougall, partner and chairman of Baillie Gifford in China.

He also said that innovation in China is accelerating as "Chinese entrepreneurs harness technology to create new business models, products and services for millions across China, transforming entire industries".

Wang Yiwen, head of Baillie Gifford's China unit, said an A-share fund, a long-term financial product, is in the pipeline, and it will invest over five to 10 years or even longer, in line with the firm's investment strategy, she said.

Founded in 1908, Baillie Gifford has 11 offices worldwide, and managed assets worth $324 billion as of June 30. Over the past few years, it has successfully invested in big-ticket names such as Tesla, Netflix and Spotify. Baillie Gifford's average investment span for a target company is eight years.

Its target clients in China will be those with no short-term liquidity requirements and which at the same time hope to realize profits at least three to five years later.

Baillie Gifford launched its first China Fund in 2008. It now invests in more than 100 companies based in the Chinese mainland, with assets under management, or AUM, valued at more than $55 billion, or 17 percent of Baillie Gifford's total AUM. Well-known investment targets include Alibaba, Tencent, Meituan and NIO.

The China Securities Regulatory Commission announced in June 2016 that qualified foreign wholly-owned enterprises and joint ventures can apply to be private fund managers, or PFMs, in China.

US investment company Fidelity International emerged as the first PFM in China in January 2017. Since then, 30 foreign investment firms registered as PFMs with the Asset Management Association of China. In all, they offer a collective 83 PFM products, including the 18 new ones recorded this year.

Li Chunyu, founder of Simuwang, an online investment information provider, said while individual investors account for about 80 percent of A-share market investors, the entry of foreign private equity firms will accelerate the institutionalization of the A-share market.

"The overseas institutional investors operate in a mature system of procedures in terms of technology, investment strategy and risk management. What they are seeking to do is increase the asset value on a longer term. The Chinese private equity industry is fiercely competitive already. The introduction of more foreign firms will undoubtedly make the competition fiercer," he said.