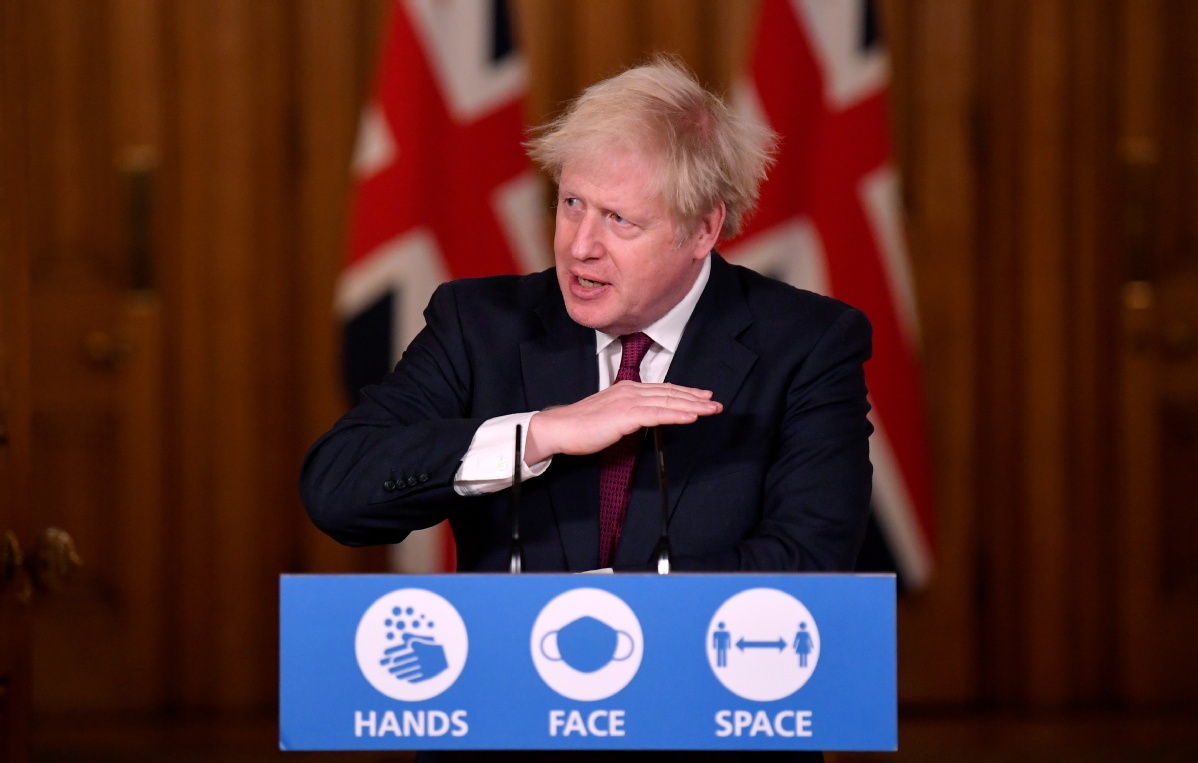 Britain's Prime Minister Boris Johnson speaks during a news conference in response to the ongoing situation with the COVID-19 pandemic, inside 10 Downing Street in London, the UK on Dec 19, 2020. (Photo: Agencies)

LONDON - British Prime Minister Boris Johnson on Saturday announced a new Tier Four of coronavirus restrictions for London and parts of England to combat an alarming surge in infections linked to a new virulent strain.

The planned relaxation of coronavirus rules for Christmas is scrapped for a large part of southeast England, and cut to one day for rest of the region, Johnson said at a virtual press conference at Downing Street.

From Sunday morning, London, the South East and East of England will move into Tier Four restrictions, which will be broadly similar to national restrictions introduced in England in November, the prime minister said.

Under the measures, residents in those areas must stay at home, with limited exemptions. People are also urged to work from home when they can, and should not enter or leave Tier Four areas.

Meanwhile, non-essential retails and indoors gyms must close, Johnson said, adding that the restrictions will last for two weeks and will be reviewed on Dec 30.

The prime minister said the latest infections in many parts of southeast England are "being driven by the new variant of the virus".

"New variant may be up to 70 percent more transmissible," the prime minister said.

The latest development came after Johnson called a meeting of British ministers at lunchtime on Saturday to discuss the crisis.

The virus is spreading at "an alarming rate" in London and southeast England, the BBC reported, quoting British government sources.