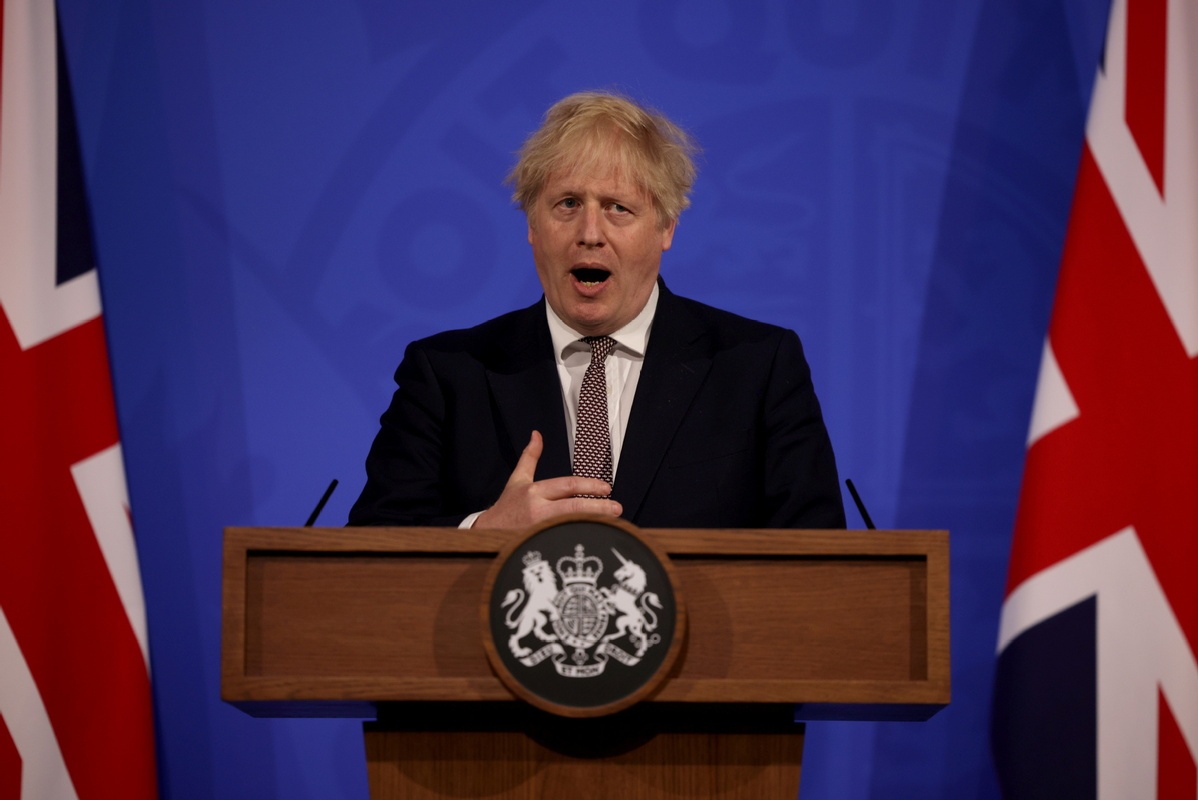 LONDON - British Prime Minister Boris Johnson confirmed Monday that the coronavirus lockdown in England will be further lifted from next week.

Speaking at a press conference at Downing Street, Johnson announced that from May 17, pubs, bars and restaurants in England will be permitted to open indoors, while indoor entertainment will also resume, including cinemas, museums and children's play areas.

Theaters, concert halls, conference centers and sports stadiums can all reopen, with larger events in these settings being able to resume with capacity limits.

All remaining accommodation including hotels, hostels and B&Bs can reopen from next Monday, according to Johnson.

People will now "have the choice on whether to socially distance with close family or friends" or not, said the prime minister, urging the public to remain cautious about the risks that come with close personal contact such as hugging, which is a way the virus spreads.

"This does not mean we should throw caution to the wind," he said.

"I must ask you to continue following social distancing, whenever not with friends or family," he said. "We must remain vigilant."

But there are still some "residual issues" that need to be kept a close eye on, he said.

Responding to concerns over the virus variant first emerged in India, Whitty said: "It has gone up very sharply (in Britain), that's a reason to be very careful about it."

"With all the variants, things can come out of a blue sky...At this point in time, our view is that this is a highly transmissible variant, but it is less likely to be able to escape vaccination, but the data is less properly in there."

"We don't know whether this will cause significant problems in the autumn," he said.

Another 2,357 people in Britain have tested positive for COVID-19, bringing the total number of coronavirus cases in the country to 4,437,217, according to official figures released Monday.

More than 35.4 million people have been given the first jab of the coronavirus vaccine, according to the latest official figures.

Experts have warned that despite progress in vaccine rollout, Britain is "still not out of the woods" amid concerns over new variants, particularly those first emerged in South Africa, Brazil and India, and the third wave of pandemic on the European continent.