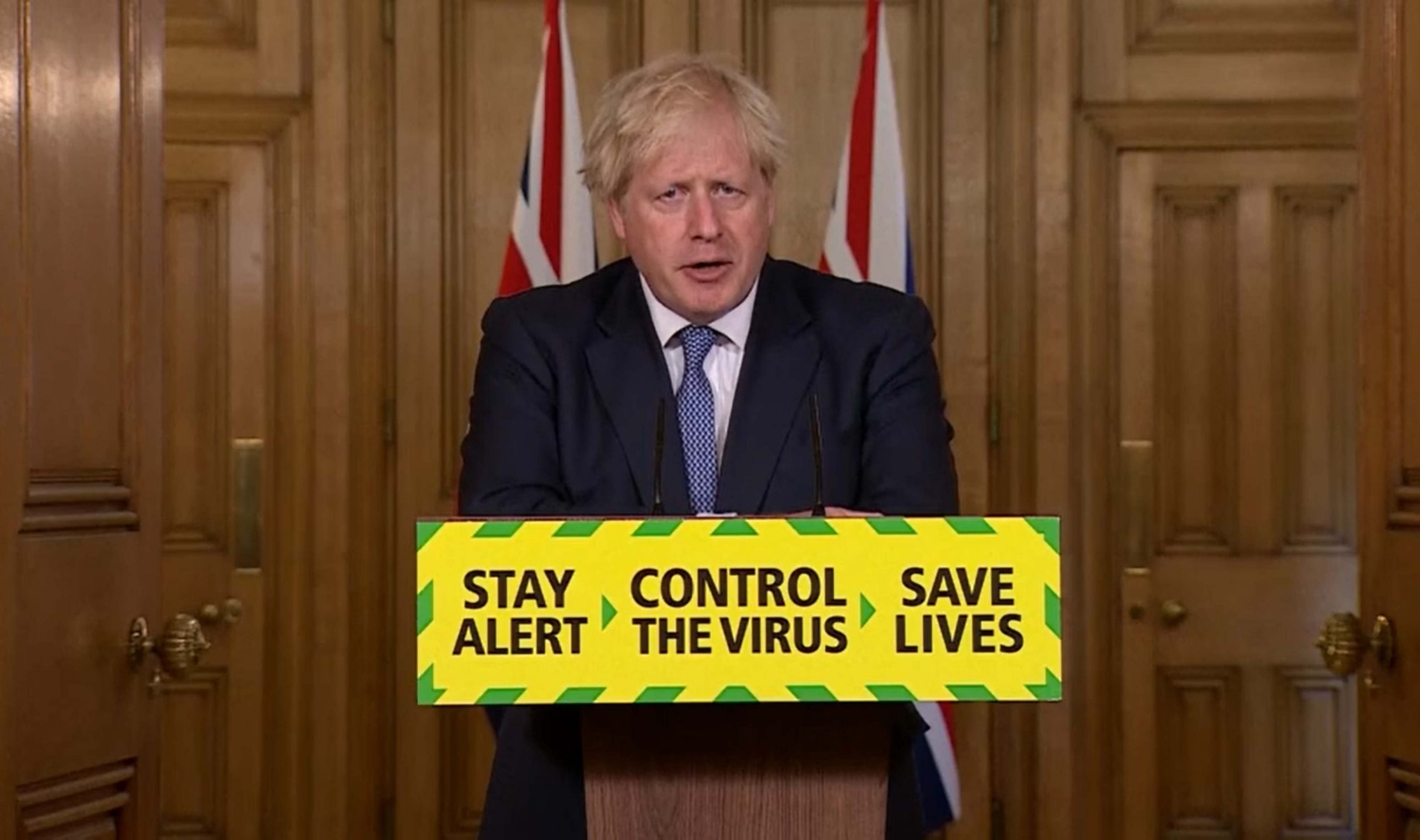 LONDON, Oct. 16 (Xinhua) -- British Prime Minister Boris Johnson on Friday defended his government's coronavirus restrictions as "the right and responsible thing to do" in the fight to curb the spread of coronavirus in the country.

"Taking action is the right and responsible thing to do," the prime minister said at a virtual press conference at Downing Street.

"Without action our health service will be overwhelmed," he said. "I want to avoid another national lockdown."

Under the Tier Two of the alert system, millions of Londoners will face tougher measures from Saturday with different households banned from meeting in indoors, including in pubs and restaurants.

Lancashire will join Liverpool and move into Tier Three, the top level of England's COVID restrictions from Saturday. The "very high" alert level means pub closures and bans on household mixing indoors, in private gardens and most outdoor venues.

Meanwhile, Johnson said Britain has "started building the domestic infrastructure" to offer more rapid tests which could provide results in as fast as 15 minutes.

The government plans to "start distributing and trialling tests across the country...In time we want to use tests to keep open more parts of the economy that have sadly been closed." Johnson said.

But faced with the "grave" situation, Johnson said he might "have to intervene", adding that efforts will be "more effective" if the British government and the local government work together.

To bring life back to normal, countries, such as Britain, China, Russia and the United States are racing against time to develop coronavirus vaccines.

Johnson said the British government is taking "every possible step" to find a coronavirus vaccine.

But he said 40 percent of people in hospital currently are under the age of 60.

Asked about whether a "circuit breaker" lockdown would save more lives than the regional tier approach, Vallance said the government has to take various factors into consideration, including the economy and mental health.

However, he did admit that even the highest level of the Tier Three restrictions are "not enough" to tackle the virus and further actions could be needed on the worst-affected areas.

The government's Scientific Advisory Group for Emergencies (SAGE) said the R number is now between 1.3 and 1.5, up from last week which was between 1.2 and 1.5.

The R number is one of many indicators scientists use to determine how fast COVID-19 is spreading in the country. If the R number is above one, it means the number of cases will increase exponentially.

Another 15,650 people in Britain have tested positive for COVID-19, bringing the total number of coronavirus cases in the country to 689,257, according to official figures released Friday.

The coronavirus-related deaths in Britain rose by 136 to 43,429, the data showed.