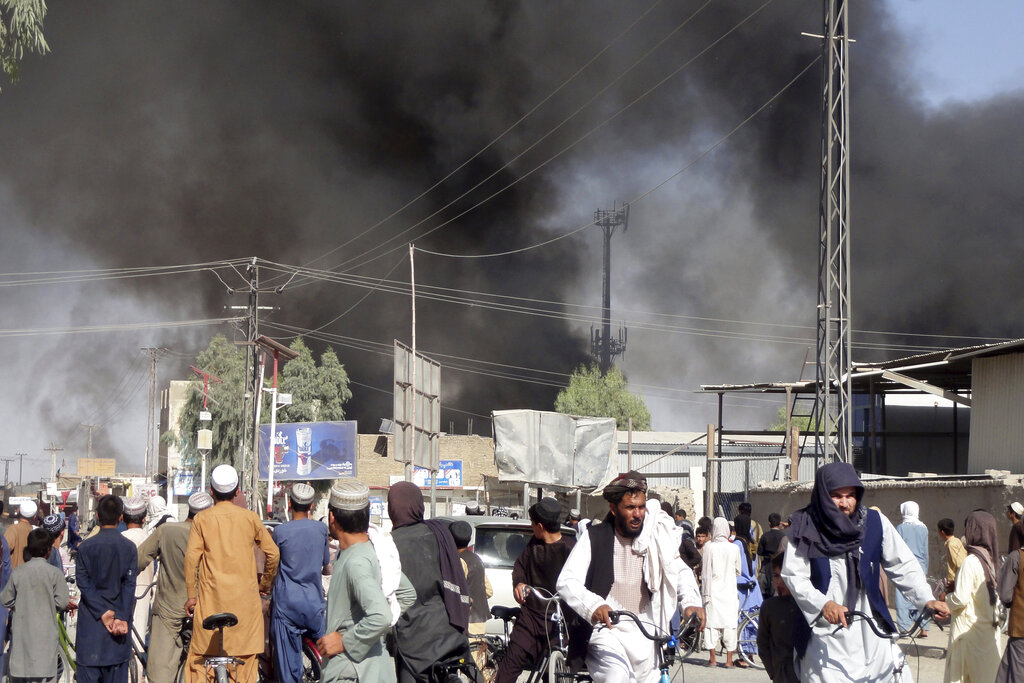 Smoke rises after fighting between the Taliban and Afghan security personnel in the city of Kandahar, southwest of Kabul, Afghanistan, Thursday, Aug. 12, 2021. (Photo: AP)

A Downing Street spokesperson said Johnson had called a meeting of the COBR emergencies committee to discuss the current situation, which follows the withdrawal of US-led forces.