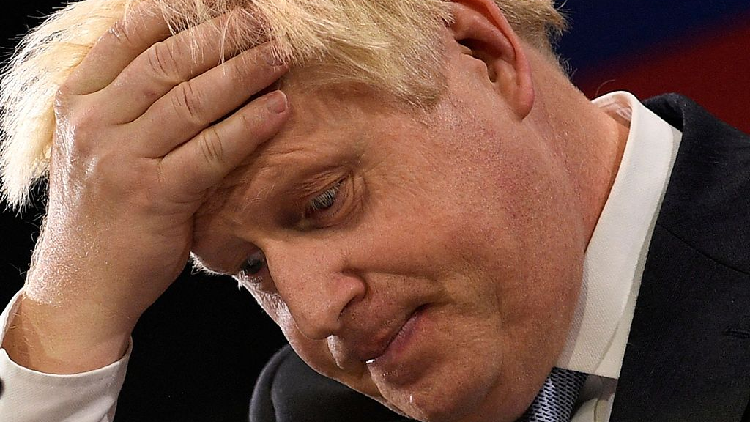 British Prime Minister Boris Johnson gestures as he delivers his keynote speech on the final day of the annual Conservative Party Conference at the Manchester Central convention centre in Manchester, northwest England on October 6, 2021. (Photo: CFP)

British Prime Minister Boris Johnson's Conservative Party was defeated in two parliamentary by-elections on Friday, in a sign of the depth of voter discontent after months of scandals and a growing cost of living crisis.

The defeats, including one in a previously safe seat, could renew speculation about Johnson's future after he earlier this month survived a move by Conservative lawmakers against him.

The centrist Liberal Democrat party won the seat of Tiverton and Honiton, in a deeply Conservative part of southwest England, with a majority of over 6,000, overturning a majority of more than 24,000 that was won by the Conservatives in 2019.