Scottish independence campaigners have seized on comments by British Prime Minister Boris Johnson in which he said the creation of a devolved parliament in Edinburgh had been "a disaster". 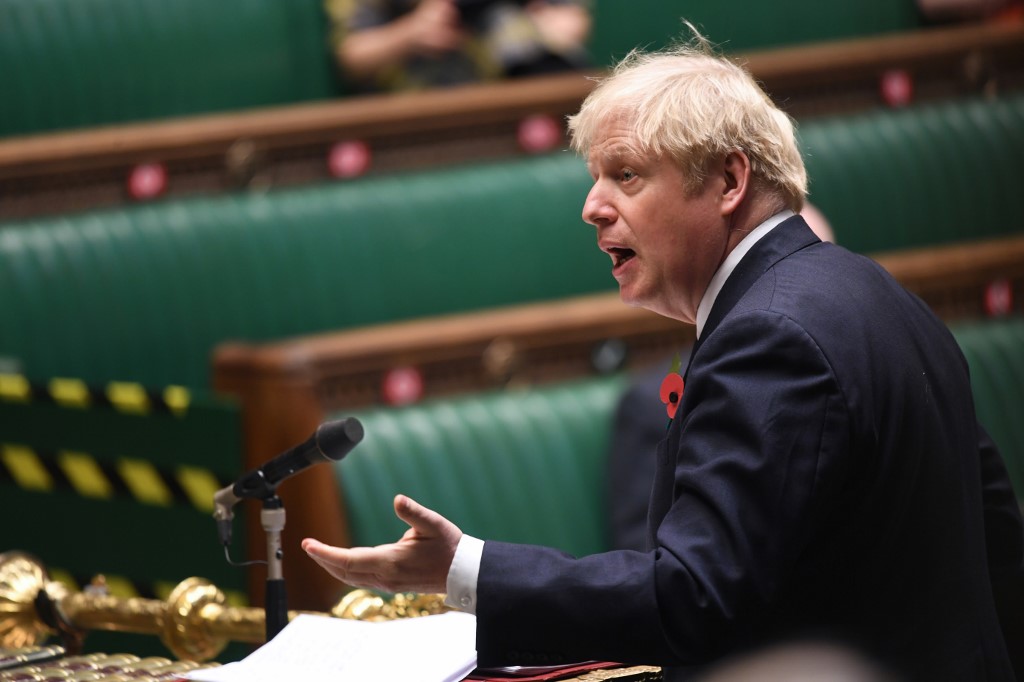 Scottish National Party leader Nicola Sturgeon, who is First Minister in the devolved parliament, tweeted late Monday that it was "worth bookmarking these PM comments for the next time Tories say they're not a threat to the powers of the Scottish Parliament.

"The only way to protect & strengthen @ScotParl is with independence," she added.

Johnson told MPs during an online meeting on Monday that "devolution has been a disaster north of the border" and it was former leader "Tony Blair's biggest mistake", according to the Sun newspaper.

The prime minister's Downing Street office later said in a statement that Johnson had "always supported devolution but Tony Blair failed to foresee the rise of separatists in Scotland.

"Devolution is great -- but not when it's used by separatists and nationalists to break up the UK," added the statement.

Douglas Ross, who leads the Conservatives in Scotland, responded that "devolution has not been a disaster" and that "the SNP's non-stop obsession with another referendum - above jobs, schools and everything else - has been a disaster."

Scotland was promised a referendum on devolution by the Labour Party before the 1997 election, and the promise was carried out later that year, leading to the creation of a Scottish Parliament in 1999.

Scotland rejected independence in a 2014 referendum, but pressure for a new one has grown since Britain voted to leave the European Union in 2016, a decision opposed by most voters north of the border.

Johnson called the MPs from Downing Street, where he is self-isolating after coming into contact with an MP who later tested positive for coronavirus.