UK PM May reaches out to rivals after winning confidence vote 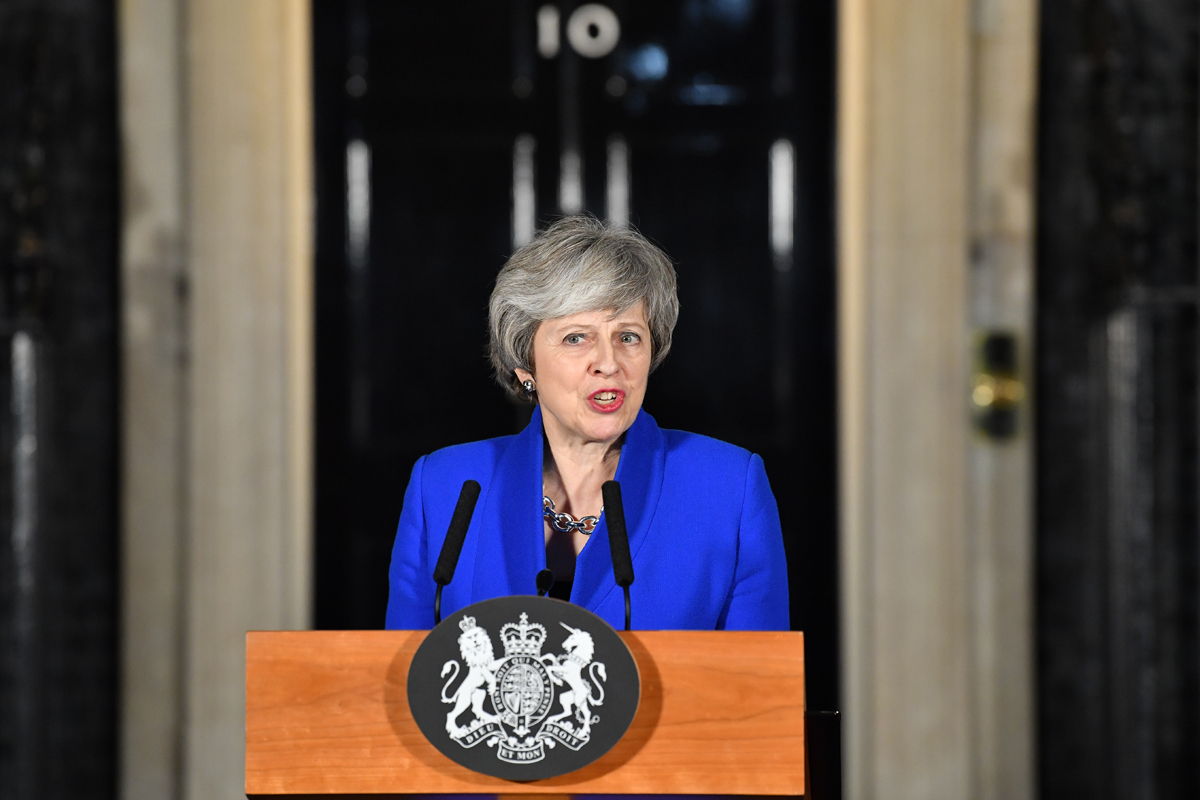 Britain's Prime Minister Theresa May delivers a speech to members of the media in Downing Street in London on January 16, 2019, after surviving a vote of no confidence in her government. British Prime Minister Theresa May's government saw off a vote of no confidence in parliament on Wednesday, called after MPs overwhelmingly rejected the Brexit deal. (Photo: AFP)

British Prime Minister Theresa May has reached out to her opponents after narrowly surviving a confidence vote sparked by the crushing defeat in parliament of her Brexit deal.

After a tumultuous 24 hours which she admitted voters might find "unsettling", she conceded the divorce terms she struck with the EU had been roundly rejected, but vowed to work to find an alternative.

"Now MPs have made clear what they don't want, we must all work constructively together to set out what parliament does want," May said in a televised evening address to the nation.

On Tuesday, MPs dealt the prime minister the heaviest drubbing in modern British political history by rejecting the divorce agreement by a stunning 432 votes to 202.

But May emerged victorious on Wednesday night in a confidence vote triggered by the opposition Labour party, the first for 26 years, winning 325 votes to 306.

She set out a schedule of cross-party talks that began immediately with meetings with the Scottish nationalist, Welsh nationalist and the pro-EU Liberal Democrat leaders.

"We must find solutions that are negotiable and command sufficient support in this House," she had told earlier told parliament.

Opposition leaders set out a list of demands for cooperating, including discussing delaying Brexit beyond March 29, and ruling out the possibility that Britain crashes out without any deal at all.

The prime minister is working to the tightest-possible deadline as Britain prepares to leave the bloc that for half a century defined its economic and political relations with the rest of the world.

Her defeat sparked warnings from European leaders that the prospect of "no deal" had increased, with the potential for huge economic disruption on both sides of the Channel.

May must return to parliament on Monday with a Plan B that she and her team intend to negotiate with various MPs through the weekend.

But main opposition Labour leader Jeremy Corbyn said he would only meet May if she could "remove clearly, once and for all the prospect of the catastrophe of a no-deal Brexit".

May said she was "disappointed" by Corbyn's decision and stressed that "our door remains open".

On Wednesday evening her spokesman said the possibility of a "no deal" had not been ruled out.

Ian Blackford of the Scottish National Party (SNP) said his party would only participate if she were prepared to consider delaying Brexit, ruling out "no deal" and the option of holding a second referendum.

May has flatly rejected a second vote.

Her offer to meet with the opposition "rings hollow without evidence of her readiness to compromise on the substance of Brexit", the Guardian newspaper said, pushing for a "menu of options" to be presented to parliament.

Meanwhile the Daily Telegraph warned that parliament "may be planning a betrayal".

"After two-and-a-half years, Plan B is to let parliament take over," the Telegraph said. "At least it is a plan; but is parliament capable of delivering on the referendum result, or is this the start of a great betrayal of that vote?"

May survived Wednesday thanks to the support of members of her Conservative Party and its Northern Irish allies in the Democratic Union Party (DUP).

But more than a third of the Conservatives and all 10 DUP members of parliament voted against her Brexit arrangements on Tuesday -- each for their own reason.

May will therefore tread carefully as she tries to win over opposition lawmakers -- many of whom want to remain in the EU -- while also attempting to appease more hardened Brexit-backing coalition partners.

Both points rule out Labour hopes of membership of an EU customs union or its single market.

Yet she also hinted at the possibility of delaying Brexit.

May said the EU would allow this "if it was clear that there was a plan that was moving toward an agreed deal".

EU officials have said extending the negotiating period could be possible until the newly elected European Parliament meets in July.

European leaders have repeatedly said they will not reopen the draft withdrawal agreement sealed at a special Brussels summit in December.

French President Emmanuel Macron suggested the EU might be willing to tweak a few minor points -- but only if they did not alter the bloc's existing position on trade and borders.

German Chancellor Angela Merkel said there was time for talks as long as London could present a clear and united position.

"We're now waiting on what the prime minister proposes," she said.

And Irish Prime Leo Varadkar added "that if the United Kingdom were to evolve from its red lines on the customs union and on the single market, that the European Union could evolve also".