LONDON, Sept. 15 (Xinhua) -- British Prime Minister Boris Johnson carried out a reshuffle of his cabinet ministers on Wednesday, with Dominic Raab removed as foreign secretary among other changes. 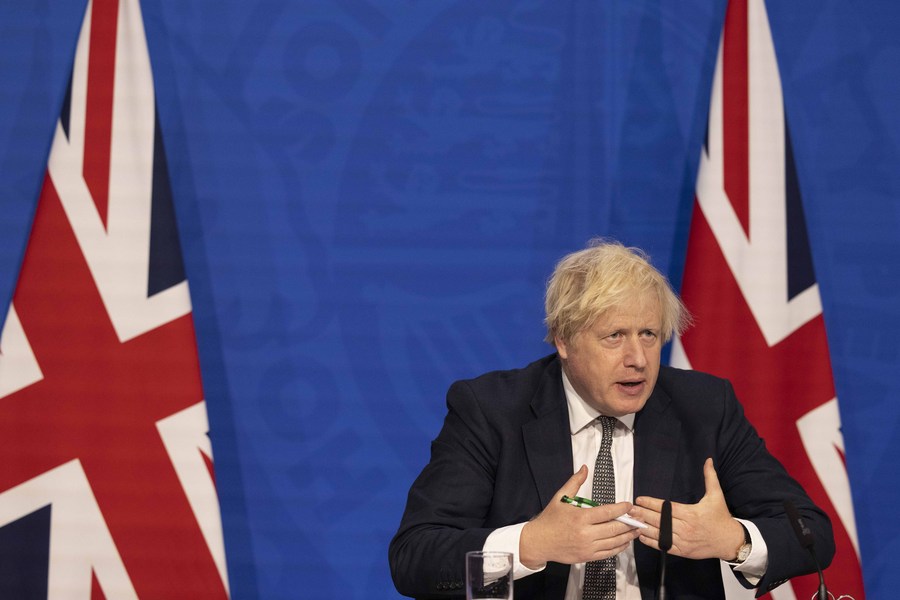 Johnson's cabinet reshuffle aimed to put in place "a strong and united team to build back better from the pandemic," and would have a focus on "uniting and levelling up the whole country," according to Downing Street.

Raab will become justice secretary and also take up the role of deputy prime minister. He has been under fire for his handling of Britain's withdrawal from Afghanistan and his decision to stay on holiday until hours after Kabul's fall to the Taliban, according to local media.

His replacement Liz Truss, who was international trade secretary, has become the second woman to hold the position of foreign secretary in Britain. She has reportedly received praises for securing trade deals between Britain and a number of countries following the Brexit.

Raab replaced Robert Buckland who was removed from the justice secretary post. Buckland tweeted: "It has been an honour to serve in government for the last seven years, and as the Lord Chancellor for the last two. I am deeply proud of everything I have achieved. On to the next adventure."

Johnson's reshuffle also brought about the exit of Gavin Williamson as education secretary and Robert Jenrick as housing secretary.

The removal of Williamson from his post came as he was criticized for his handling of disruption to schools and exams during the pandemic, according to local media. Jenrick has faced calls for resignation after he admitted last year his decision to unlawfully approve a controversial property development bid by a Tory donor.

Anne-Marie Trevelyan, minister for energy, clean growth and climate change, has filled the vacancy left by Truss to become the international trade secretary.

Britain's previous major cabinet reshuffle was in February 2020, just before the COVID-19 pandemic started and the country went into its first COVID-19 lockdown.