British Prime Minister Boris Johnson announced Wednesday that parliament would be suspended until October 14 -- just two weeks before the UK is set to leave the EU -- enraging anti-Brexit MPs. 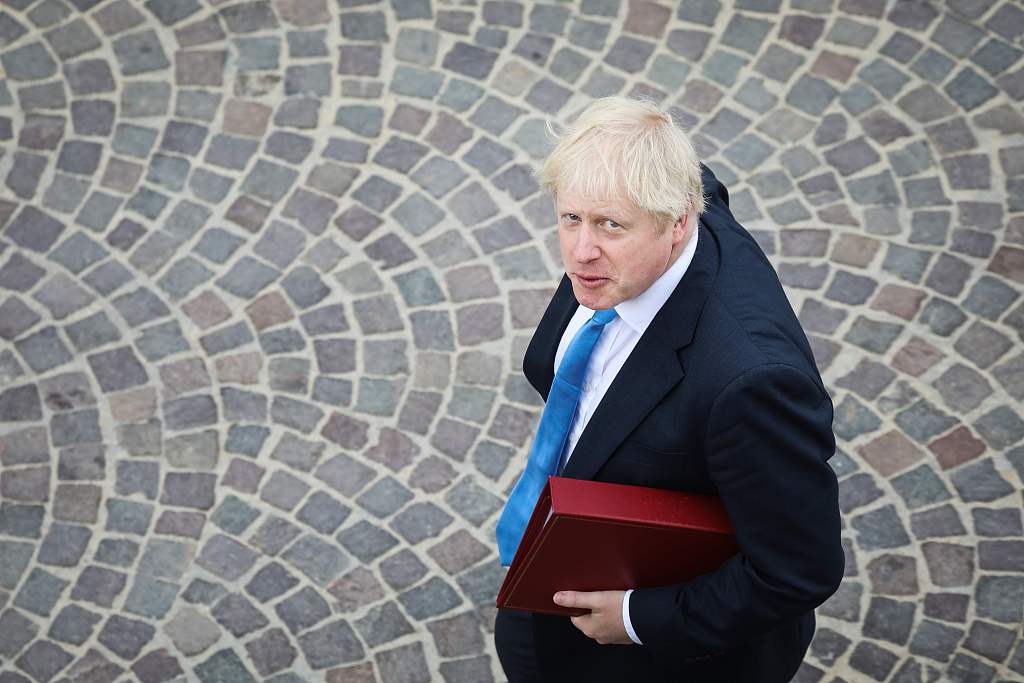 The pound slid on the surprise news, which opponents branded a "coup" and a "declaration of war".

The government's move will give pro-EU lawmakers less time than they expected to try to thwart Johnson's Brexit plans before Britain's current EU departure date on October 31.

Johnson said he had asked Queen Elizabeth II, the head of state, to recommence parliament with a speech on October 14 setting out his government's legislative programme.

Anti-Brexit MPs reacted furiously, branding Johnson  -- who came to office only last month as head of the governing Conservative Party -- a dictator.

John Bercow, the speaker of parliament's lower House of Commons, described the move as a "constitutional outrage".

Johnson is due to attend one last EU summit on October 17 and 18, which could decide whether Britain leaves the bloc after four decades of membership with or without a divorce deal.

"There will be ample time on both sides of that crucial October 17 summit, ample time in parliament for MPs to debate the EU, to debate Brexit and all the other issues," he said.

Johnson's announcement came after six opposition parties on Tuesday pledged to prioritise seeking legislative changes to prevent a no-deal Brexit rather than attempting to bring down the government, which has only a single-seat majority in parliament.

But Johnson said it was "completely untrue" that the move was designed to block MPs from stimying his Brexit plans.

Instead, he said, it was to "bring forward a new bold and ambitious domestic legislative agenda for the renewal of our country after Brexit".

In the seismic 2016 referendum on Britain's EU membership, 52 percent voted in favour of leaving the bloc, a result that has left parliament and the country bitterly divided.

Johnson insists Britain must leave the EU on the October 31 deadline -- already twice-delayed -- with or without a divorce deal from Brussels.

Parliament has rejected three times the withdrawal agreement struck between Brussels and Johnson's predecessor Theresa May.

Speaker Bercow said he had had no contact from the government about the suspension decision.

"It is blindingly obvious that the purpose of prorogation now would be to stop parliament debating Brexit and performing its duty in shaping a course for the country," he said.

"Shutting down parliament would be an offence against the democratic process."

The pound slumped almost one percent against the dollar and euro, hitting $1.2179, while the euro bought 91.09 pence.

Parliament returns from its summer break on September 3, but by convention it is suspended for the annual conferences of the three main parties which kick off on September 14 and end on October 2.

Opposition MPs who are trying to stop Brexit lined up to condemn Johnson's decision.

"This action is an utterly scandalous affront to our democracy. We cannot let this happen," said Tom Watson, deputy leader of the main opposition Labour Party.

Liberal Democrat Brexit spokesman Tom Brake tweeted: "The mother of all parliaments will not allow him to shut the people's parliament out of the biggest decision facing our country. His declaration of war will be met with an iron fist."

Sarah Wollaston, a former Conservative MP who now sits with the Liberal Democrats, said Johnson was "behaving like a tin pot dictator".