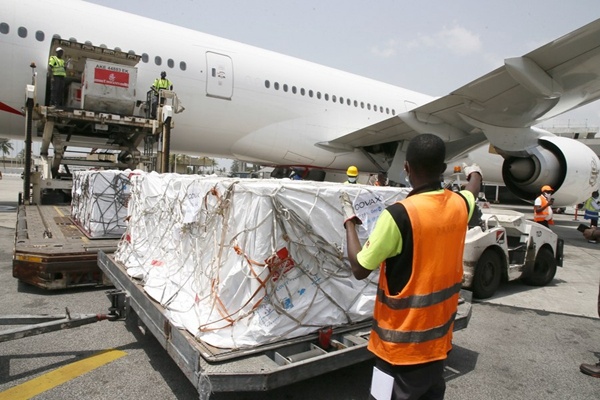 British health and development charities urged the prime minister to take "accelerated action" and "swiftly clarify" how doses will be shared, according to the newspaper.

The appeal was contained in a letter to the prime minister by those including British government science advisor Jeremy Farrar and Save the Children UK, among others.

With more than half of adults having received a jab, they said Britain is "one of the world's highest per-capita buyers" of vaccines and is on track to have more than 100 million surplus doses.

"There is therefore the high risk that the UK will be hoarding limited supply whilst health workers and the most vulnerable in low and middle-income countries do not have access," said the letter.

"The UK will be sitting on enough surplus vaccine doses to vaccinate the world's frontline health workers twice over," it said.

They also urged Britain to immediately begin donating doses through the COVAX initiative, which is working to provide vaccines for low and middle-income countries.

The British government responded that it will share "the majority of any future surplus" vaccines with the COVAX pool "when these are available," the London-based newspaper said.

COVAX is a global initiative backed by the World Health Organization (WHO) to ensure effective and equitable global access to COVID-19 vaccines.

Farrar said Britain will still have contractual access to at least 100 million surplus doses once the entire population is vaccinated, which he said "won't be of use in the UK".

"Now is the time to think beyond our borders," he said. "The world won't be safe while any single country is still fighting the virus."

"The prime minister has confirmed the UK will share the majority of any future surplus coronavirus vaccines from our supply with the COVAX pool, when these are available. No one is safe until we are all safe," a British government source said.