LONDON, Feb. 17 (Xinhua) -- British Prime Minister Theresa May on Sunday urged her conservative fellow MPs to unite and back the Brexit deal she agreed with the European Union (EU) amid the current deadlock. 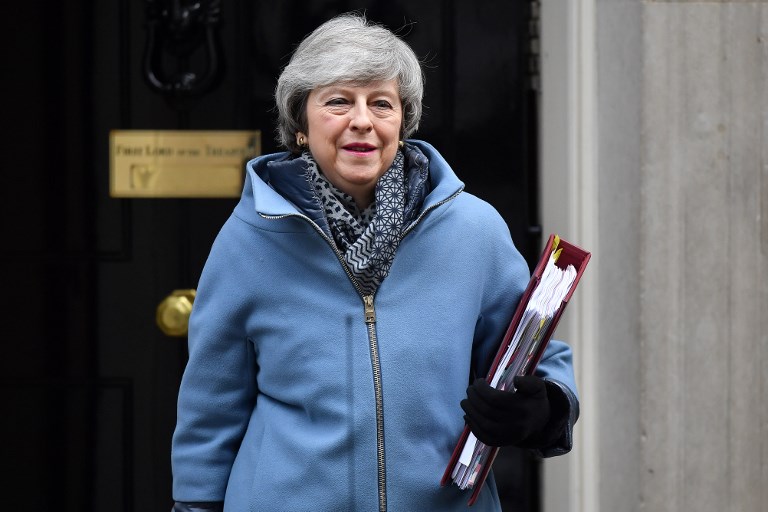 In a letter to the 317 Conservative MPs, May asked them to put aside "personal preferences", saying that "history will judge us all" over the handling of Brexit.

"I believe that a failure to make the compromises necessary to reach and take through Parliament a withdrawal agreement which delivers on the result of the referendum will let down the people who sent us to represent them and risk the bright future that they all deserve," she said in the letter.

The UK remains on course to leave the EU on March 29. But the prime minister has been unable to convince a majority of MPs to back the withdrawal agreement she struck with the EU last year.

In last month, May has sustained the heavy parliamentary defeat after MPs rejected the deal by a resounding majority.