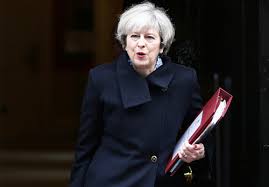 LONDON, Jan. 6 (Xinhua) -- British Prime Minister Theresa May on Sunday warned that her country would be in the "uncharted" territory if MPs veto the Brexit deal in the coming week.

Making the comments in a BBC program, May said the Commons vote on her Brexit deal will "definitely" go ahead.

She vowed to redouble her efforts to win MPs' support but declined to rule out holding more than one vote.

The prime minister pledged that she would set out new measures on Northern Ireland and look at giving MPs more say in shaping negotiations over future trade relations.

She added that the European Union (EU) had agreed to some "changes" and she was continuing to talk to European leaders as she tried to give MPs the "confidence" to support the deal.

British media reported that a poll carried out for the People's Vote campaign suggests fewer than one in four voters support the prime minister's Brexit deal.