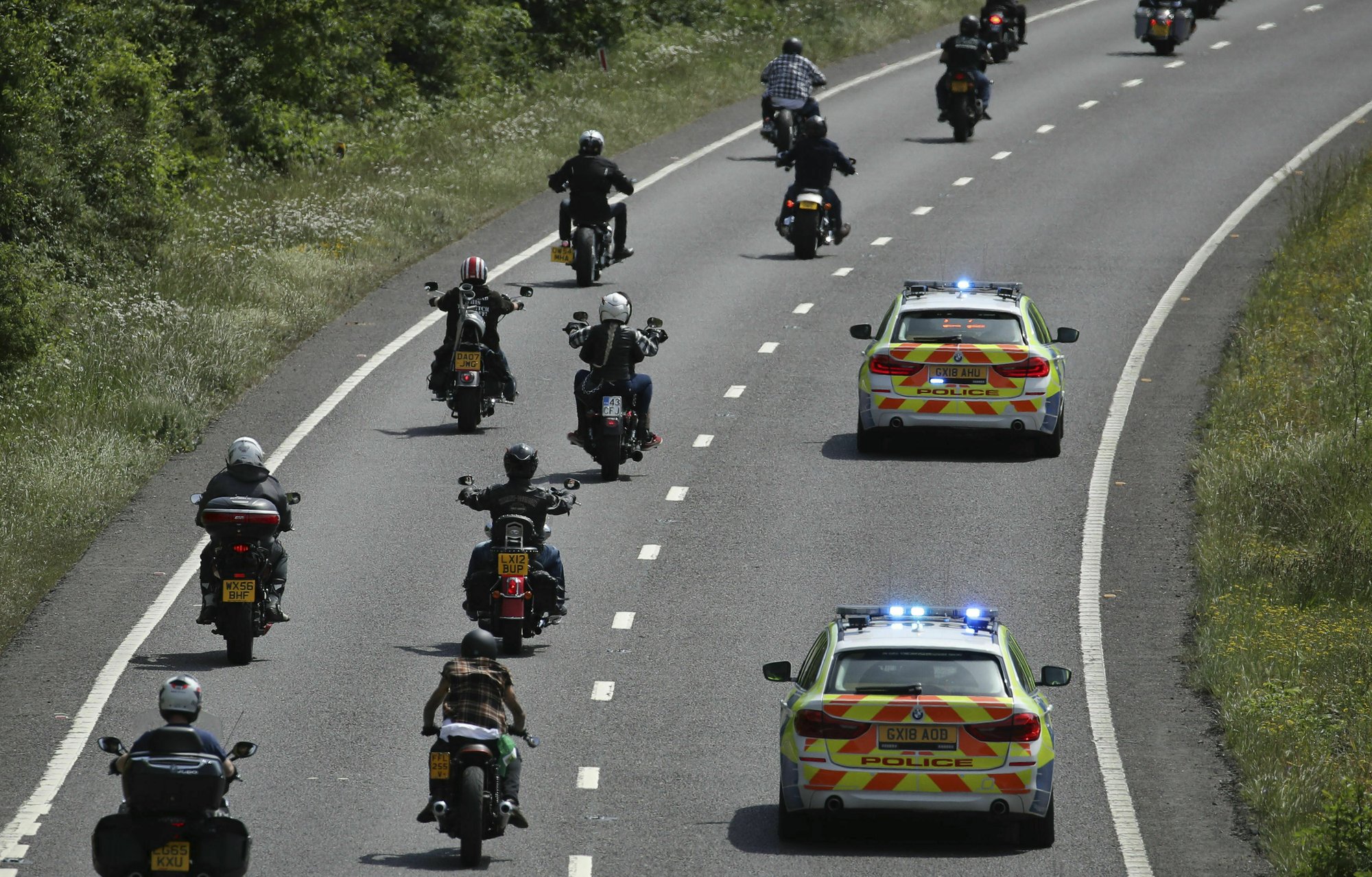 Police in Surrey and Sussex say 34 people had been detained on suspicion of drug offenses and possession of offensive weapons in connection with the Hells Angels Euro Run 2019.

Police say 12 people — five Germans, three Hungarians, and one person each from Switzerland, France, the Czech Republic and Greece — have been charged.

Assistant Chief Constable Nev Kemp says authorities have been “very clear with those attending the Hells Angels event, many from overseas, that we will not tolerate criminal and anti-social behavior.”

Some 3,000 bikers are expected to take part in a 22-mile (35-kilometer) mass ride Saturday in southern England from Pease Pottage to Brighton, the highlight of the event.