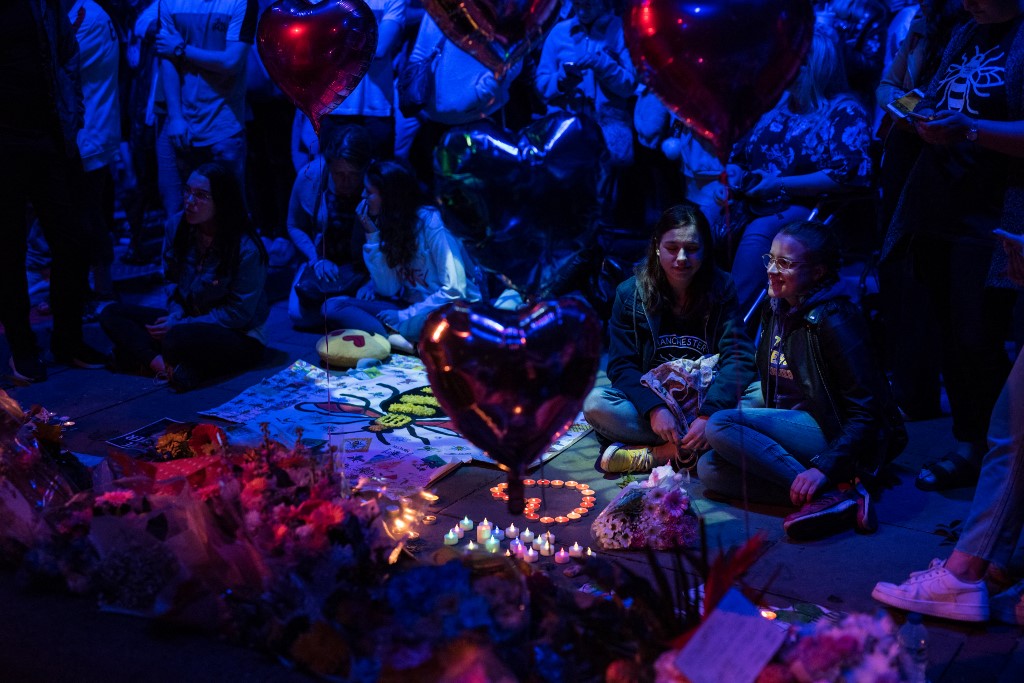 People pay their respects during a ceremony in central Manchester, May 22, 2018, marking the one year anniversary of the deadly attack at Manchester Arena. (File photo: AFP)

The 24-year-old man was arrested as he returned to Britain via Manchester Airport.

Twenty-two people died in the attack on the crowd at a concert by U.S. singer Ariana Grande.