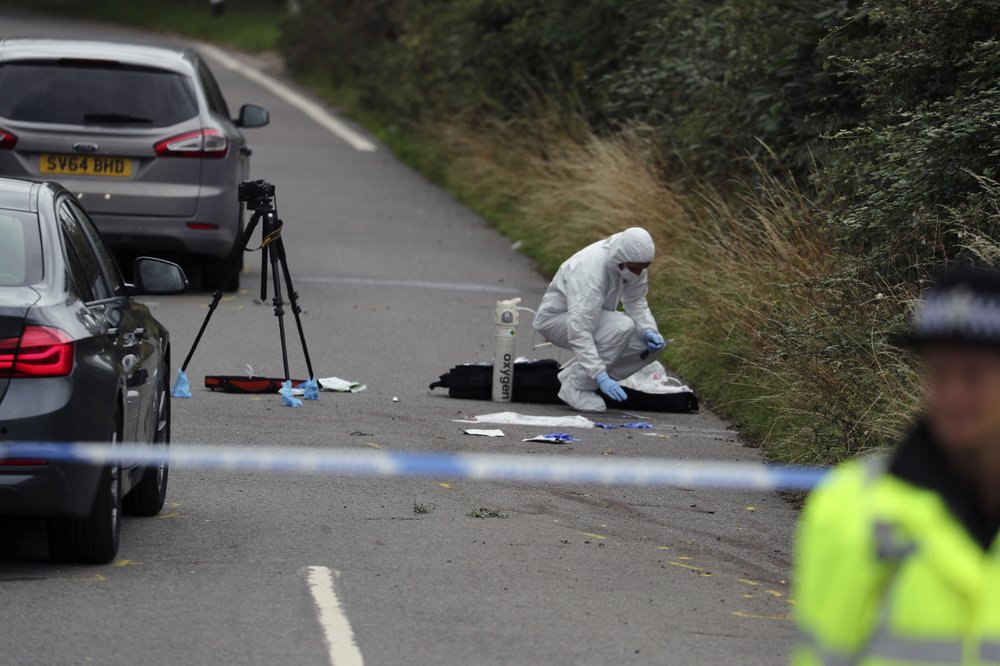 A 28-year-old police officer investigating a reported burglary in southeast England has died after being dragged by a vehicle, police said Friday.

Police have arrested and detained 10 males on suspicion of murder in the death of Andrew Harper, 28. The youngest is 13 while the oldest is 30.

Prime Minister Boris Johnson said he was “deeply shocked and appalled” by Harper’s death, and said his thoughts were with the officer’s family, friends and colleagues.

“It is the most powerful reminder that police officers up and down the country put themselves at risk every single day to keep us safe,” Johnson said. “They have my absolute support.”

Thames Valley Police Chief Constable John Campbell said that although the cause of Harper’s death had not yet been confirmed, he had been “dragged along by a vehicle.”

“He was out of his police vehicle at the time,” he added.

Harper, with the Roads Policing Proactive Unit, was killed in Berkshire, in southeast England, at 11:30 p.m. Thursday. Campbell said it was a terrible day for the force.

“And to add further angst to what are terrible circumstances, Andrew was only married four weeks ago.”

Officers remained at the scene of the incident as forensic investigators took photographs of items on the road. Two white tents were also erected.

In the past decade, 10 officers have been killed in incidents involving criminal suspects in England. The most recent involved Police Constable Keith Palmer, who was stabbed in the 2017 attack on Westminster Bridge and Parliament, which was deemed terrorism-related.