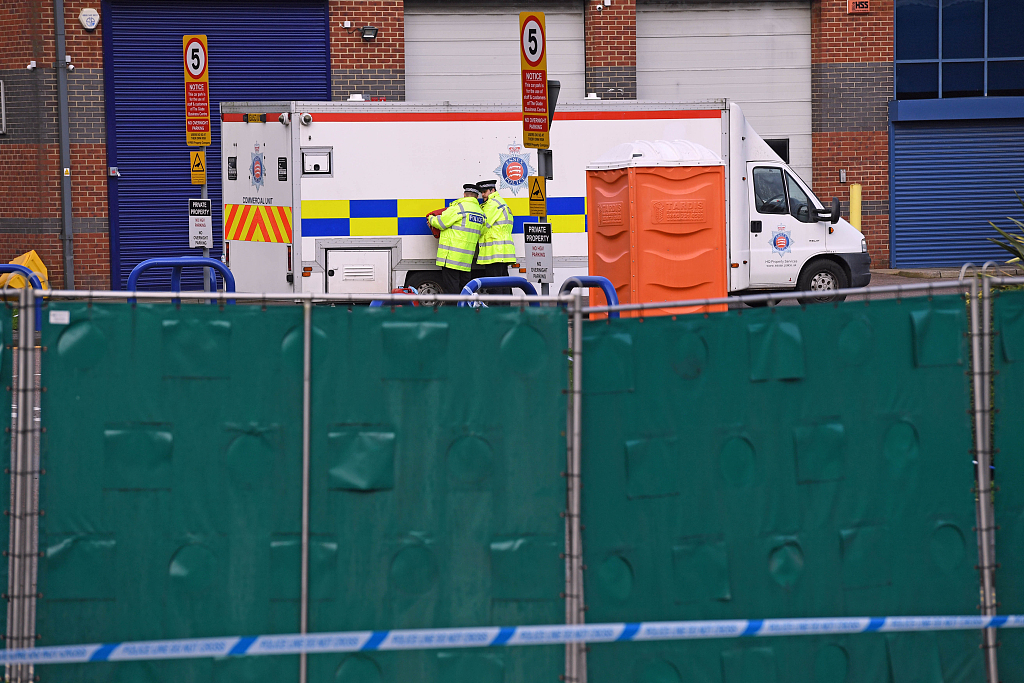 Police at the industrial estate in Grays on Eastern Avenue, Essex, where 39 bodies were discovered in a lorry. (Photo: VCG)

LONDON, Nov. 7 (Xinhua) -- UK police said Thursday that all the 39 victims of the Essex lorry deaths have been identified and the police will continue to work with Vietnamese police to support the families of those victims.

According to a statement from Essex police, they have been working with Vietnamese police officers to verify the identities of the 39 people discovered at Grays in Essex on Oct. 23.

"A series of files have been brought before an Identification Commission, and HM Senior Coroner Mrs Caroline Beasley-Murray has now formally identified all of the victims, and the families of those victims have been notified," said the statement.

The senior officer in charge of the enquiry, Assistant Chief Constable Tim Smith, said: "This is an important step in the investigation and enables us to work with our Vietnamese Police colleagues to support the families of those victims."

"It is only right that we provide an opportunity for family members to take in the news confirming the death of their loved ones before releasing any further information. Our thoughts remain with the families and friends of those whose tragic journey ended on our shores."

A delegation of Vietnamese police and officials has arrived in Britain after Essex police said last Friday they believed the victims of the lorry container deaths are Vietnamese nationals.