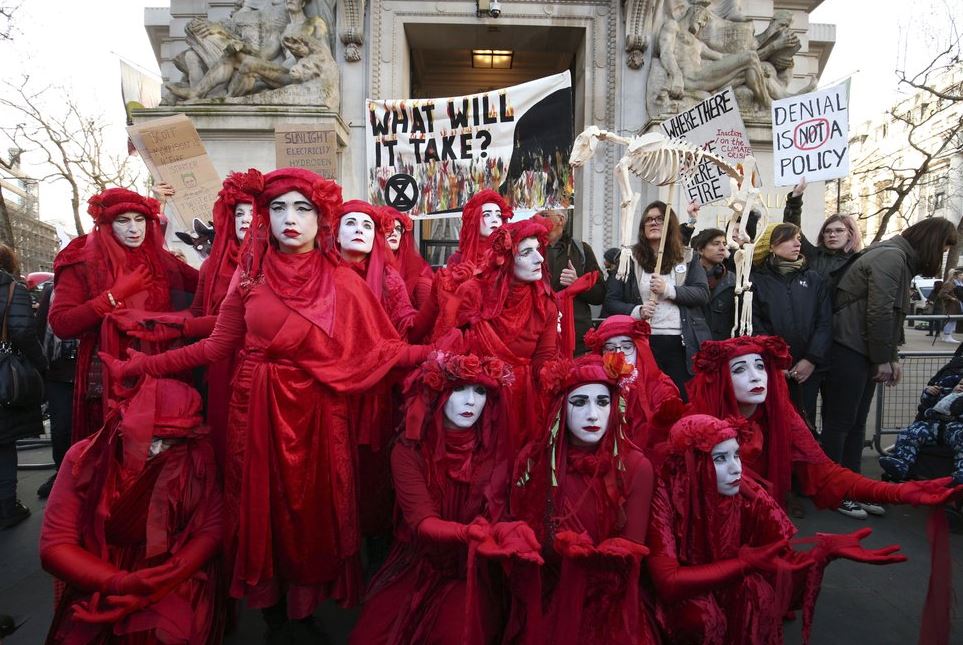 The Red Rebels join climate change protesters outside the Australian Embassy in London, where Extinction Rebellion are staging a protest against the Australian government's response to the wildfires in Australia, Friday Jan. 10, 2020. (Photo: AP)

British police say it was an “error of judgment” to include environmental protest group Extinction Rebellion in an official document that listed extremist organizations.

The guide said that “while concern about climate change is not in itself extreme, activists may encourage vulnerable people to perform acts of violence.”

The Guardian said in its Saturday edition that the document, dated November 2019, was distributed to teachers, police officers and schools but later withdrawn.

“I would like to make it quite clear that we do not classify Extinction Rebellion as an extremist organization,” said Detective Chief Superintendent Kath Barnes, head of Counterterrorism Policing South East. “The inclusion of Extinction Rebellion in this document was an error of judgment, and we will now be reviewing all of the contents as a result.”

Extinction Rebellion condemned the “terrorism slur” as “a deliberate attempt to silence a legitimate cause.”

The group has staged protests around the world, often involving peaceful civil disobedience, to call for tougher action to fight global warming. Hundreds of its activists have been arrested in Britain over the past year as the group blocked roads and bridges and disrupted planes, trains and subways.