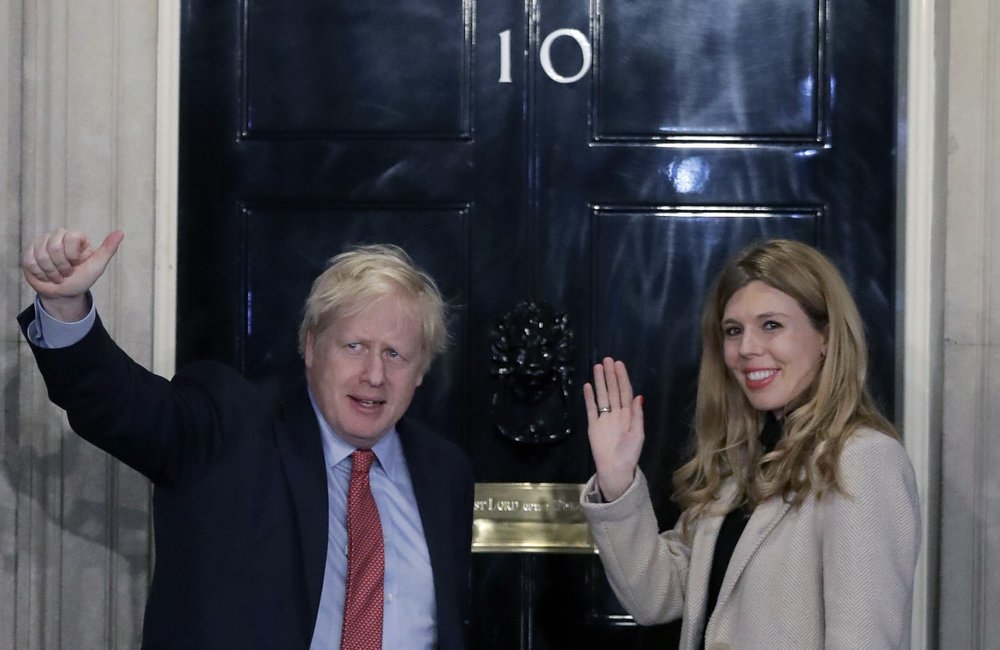 This will be Johnson's sixth children, however it will be the first child born to his 31-year-old partner.

It is belived that Johnson has been dating PR guru and Tory adviser Ms Symonds for close to two years.

A spokesperson for the couple said tonight: 'The Prime Minister and Ms Symonds are very pleased to announce their engagement and that they are expecting a baby in the early summer.'