British Queen Elizabeth II on Monday paid tribute to the terrorist attack survivors in the country and those killed in the deadly Grenfell Tower fire in her Christmas message.

"This Christmas, I think of London and Manchester, whose powerful identities shone through over the past 12 months in the face of appalling attacks," said the monarch.

The 91-year-old praised the emergency service workers who risked their lives to save others during the Manchester attack, where 22 were killed and some 120 others injured.

In her televised address, the queen said the "powerful identities" of London and Manchester had managed to come to the fore despite the "appalling attacks" this year.

In March, the Westminster Bridge terrorist attack saw four pedestrians and a police officer killed, while eight others were killed when three terrorists in a vehicle ploughed into bystanders on London Bridge and then embarked on a knife rampage in Borough Market in June. 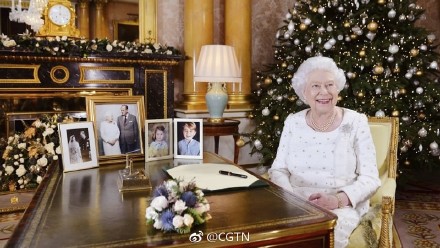