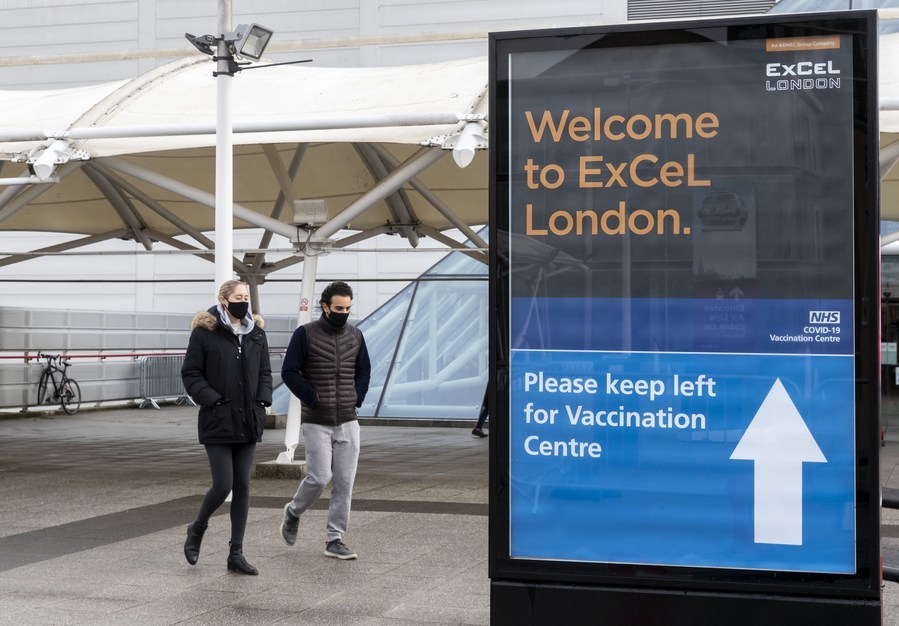 Another 10,972 people in Britain have tested positive for COVID-19, bringing the total number of coronavirus cases in the country to 4,038,078, according to official figures released Sunday.

Meanwhile, more than 15 million people of the most vulnerable groups in Britain have received a first dose of a coronavirus jab, according to the latest official figures.

"In England, I can tell you we have now offered jabs to everyone in the first four priority groups, the people most likely to be severely ill from coronavirus, hitting the first target we set ourselves," said Johnson in a video posted on Twitter.

The vaccines had been "delivered by the most extraordinary army of vaccinators who have jabbed like there's no tomorrow", Johnson said.

Also on Sunday, Vaccines minister Nadhim Zahawi tweeted that the government would "not rest" until the vaccine was offered to all over-50s by the end of April. Britain aims to offer all adults their first dose by autumn.