LONDON, Dec. 21 (Xinhua) -- Another 33,364 people in Britain have tested positive for COVID-19, bringing the total number of coronavirus cases in the country to 2,073,511, according to official figures released Monday. 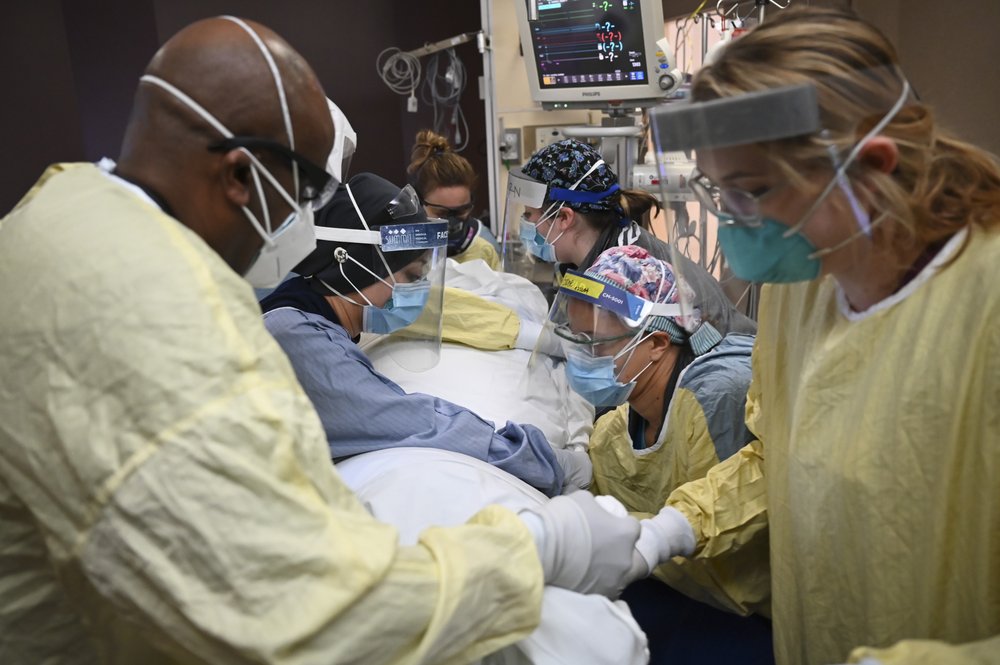 The coronavirus-related deaths in Britain rose by 215 to 67,616, the data showed.

The figures were revealed as British Prime Minister Boris Johnson is expected to hold a virtual news conference at Downing Street later Monday after an emergency COBRA meeting.

He is likely to address the travel restrictions being imposed on British travelers, disruption at the border and the tougher measures implemented over the weekend amid grave concerns over a new strain of coronavirus, according to Sky News.

Earlier Monday, Professor Andrew Hayward of the government's New and Emerging Respiratory Virus Threats Advisory Group (NERVTAG) said that Britons should be "very concerned" about the mutated strain of COVID-19.

"If the vaccine is the best news, this is the worst news we've had so far, and we really, really need to tighten down the hatches to stop the spread of this strain while vaccinating as many people as possible," he told Sky News.

Johnson on Saturday announced the new Tier Four restrictions for London and some parts of England to combat an alarming surge in infections linked to the new virulent strain. British Health Secretary Matt Hancock has warned that the new virus strain is "out of control" in Britain.