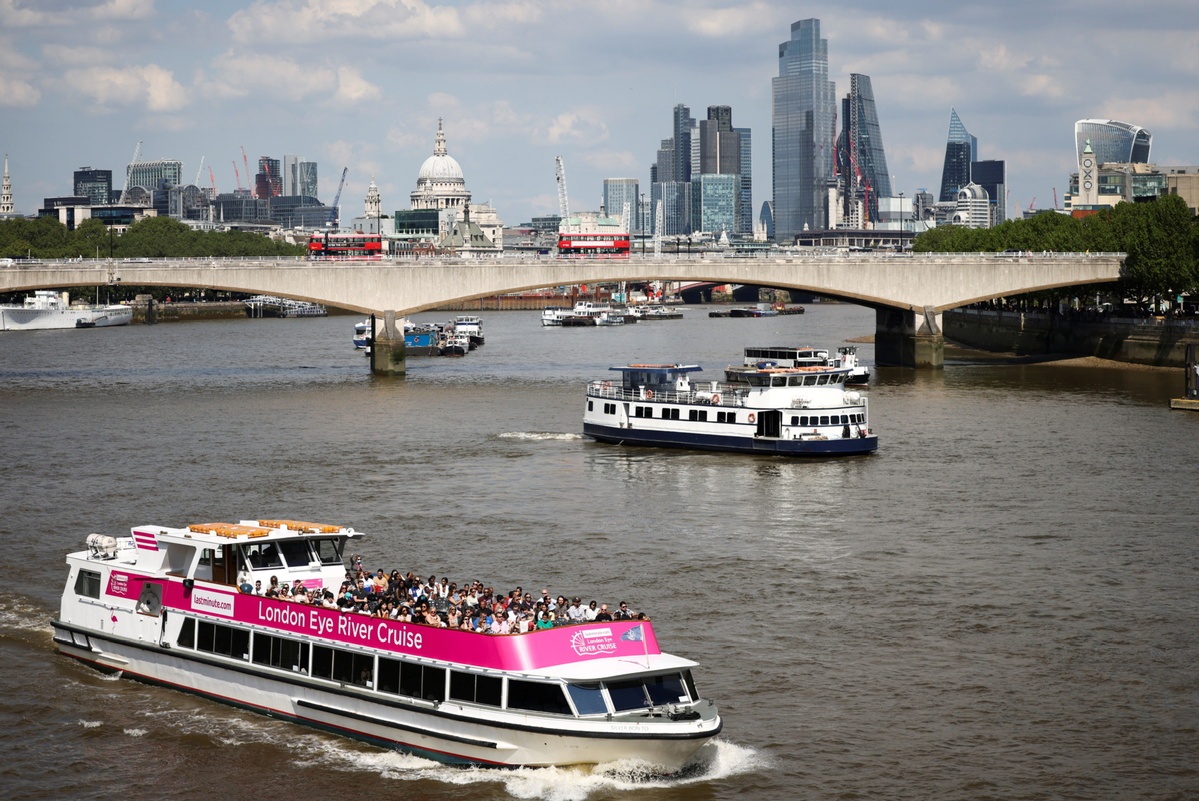 People ride on a sightseeing boat down the River Thames during sunny weather, amid the coronavirus disease (COVID-19) outbreak, in London, Britain, June 5, 2021. (Photo: Agencies)

For the second year running, France has beaten the United Kingdom into second place as the most popular destination in Europe for foreign investors, according to a survey released by accountancy firm EY.

The UK held top spot for the first 18 years that the figures were compiled, but in 2019, it was dethroned for the first time, as the long-running saga over what, if any, Brexit deal would emerge rumbled on.

An agreement was finally reached just before Christmas last year, a matter of days before the transition period was due to come to an end, and it would appear that this prolonged uncertainty as well as the impact of the novel coronavirus pandemic have had an impact on 2020's figures.

France came out on top with 985 investment projects, with the UK second with 975, and Germany third, with 930. However, France's dominance was notably less than it was in 2019, with Britain's number of projects falling by 12 percent, as opposed to a slip of 18 percent in France. Spain, the fourth-placed country, lay well behind with just 354 projects.

Prime Minister Boris Johnson's government has spoken regularly of the opportunities for "global Britain "now the country is no longer in the European Union, but the EY report suggested that, as early as it was to make a full judgement, the uptake of investment from other countries was not yet filling the Brexit void.

The response of countries such as Japan, one of the first with which Britain was keen to seal a trade deal, demonstrated that "the appeal of the UK as an export base is much less than it was" because of its decision to divorce from the EU, and the report also warned that increased investment from places other than Japan, the United States and EU may not be "of a scale to compensate for lower activity in the traditional base."

In the context of the global economic situation, however, EY's managing partner for client services Alison Kay said the UK had performed well.

"Given the impact of the pandemic, a shrinking FDI (foreign direct investment) market, and the then-uncertain future trading relationship with the EU, the UK delivered a positive FDI performance in 2020," she said. "A relatively small decline in project numbers meant the UK far-outpaced downbeat investor forecasts too."

The report also offered genuine reason for optimism, based upon the success of the roll-out of the COVID-19 vaccination program, as a recent survey of 570 international investors showed that the UK was now regarded as the most positive investment location in Europe, just months after a survey last fall had it in third place, behind France and Germany.