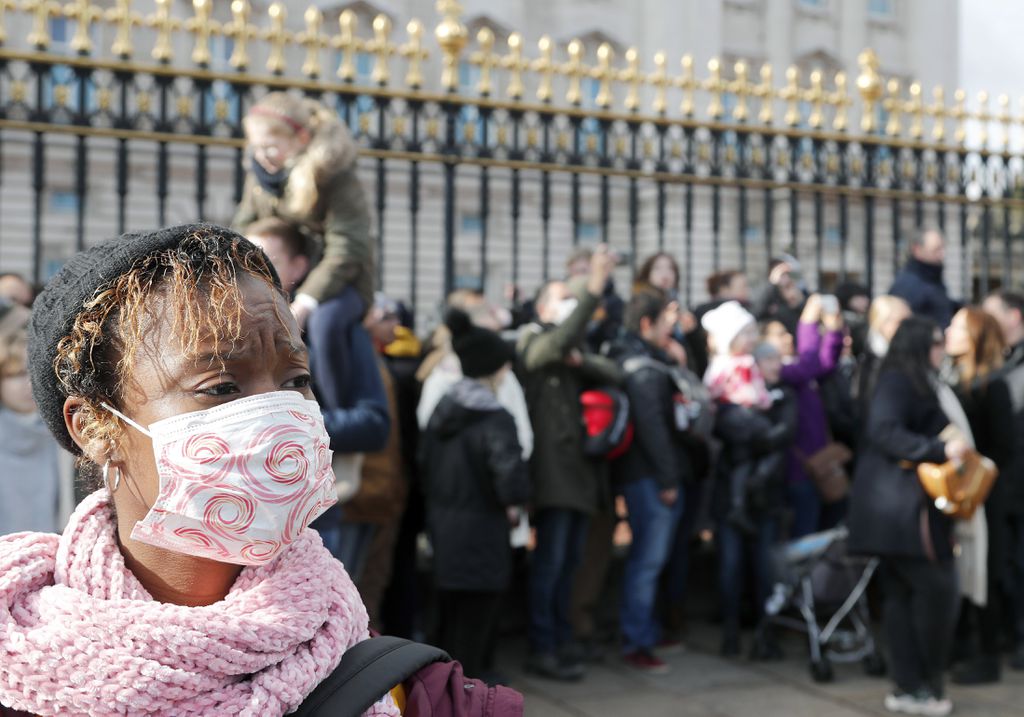 A tourist wore a face mask at the Changing of the Guard at Buckingham Palace in London, England, March 2, 2020.  (Photo: AP)

London (People's Daily) - A UK woman in her 70s with pre-existing conditions became the first COVID-19 fatality after testing positive for the virus.

The BBC reported the victim was an elderly person who had been previously discharged from a hospital.

In the past 48 hours, the number of confirmed COVID-19 cases in the UK has almost doubled, jumping from 51 on Tuesday to 116 on Thursday.

England’s chief medical officer Chris Whitty said the UK was in the "delay" phase of the government's four-stage virus approach. The four stages include containing, delaying transmission, researching sources, and mitigating the impact.

The UK aims to push the virus outbreak peak until the summer when there will be less winter pressure on the NHS, and the warmer weather is expected to decrease virus transmissions. It would also provide UK health officials with more time to conduct the necessary research.