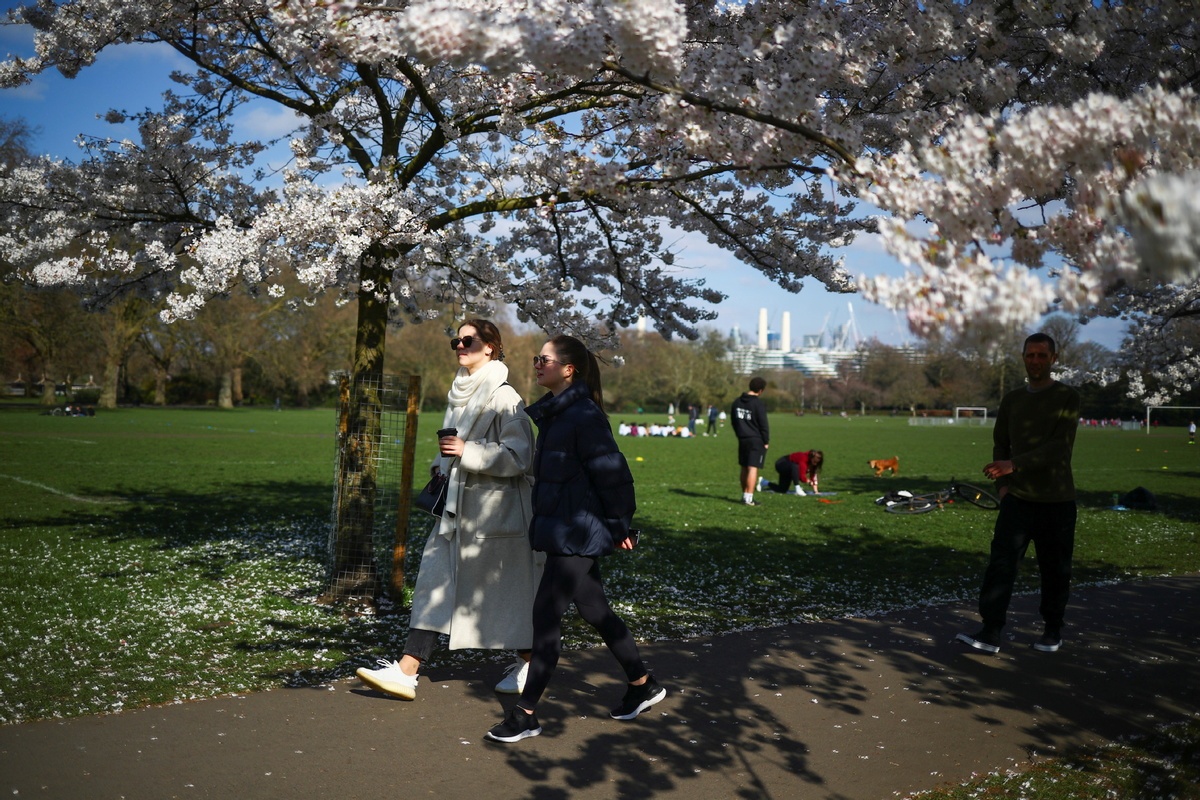 Many people in England emerged from their homes for the first time in weeks on Monday, after the nation's "stay-at-home" order was withdrawn and the country began to slowly emerge from its strict novel coronavirus lockdown.

The relaxation was relatively modest; allowing an unlimited number of people from two households to meet outdoors, and groups of up to six people from multiple households to do likewise. It also permits outdoor sports to be played, such as golf and tennis. And weddings attended by a maximum of six people can also now go ahead.

Wales made similar adjustments on Saturday and the devolved governments of Scotland and Northern Ireland will do likewise later this week.

Prime Minister Boris Johnson said the relaxations will be closely monitored, with variant strains of the virus that causes the COVID-19 disease flaring in mainland Europe causing concern in the UK.

He said further relaxations will be contingent on the latest easing not increasing the rate of infections, or allowing variant strains to get a foothold.

"Despite today's easements, everyone must continue to stick to the rules. Remember; hands, face, space. And come forward for a vaccine when called," the BBC quoted him as saying.

The easing of the lockdown that was imposed in January, England's third, began on March 8 with the return of students to the classroom. The country will consider additional relaxations two weeks from now.

"The evidence is very clear that outdoor spaces are safer than indoors," he said. "It is important to remember this as we move into the next phase."

The virus does now appear to be a much less serious threat in the UK than it was a matter of weeks ago. The nation reported 19 deaths on Sunday, compared to 33 on the same day the week before.

One reason for the fall in the number of deaths and infections is the fast rollout of the nation's vaccination program, with more than 30 million people from this nation of 66 million now having had a vaccination.

The program's success has led to the government drawing up a tentative plan for employers to allow workers back into offices upon the production of a certificate that proves they have had a vaccination.

The Financial Times reported on Monday that unnamed government officials and industry figures had confirmed the certificates could be introduced later this year, after most people in the country have had the chance to have a vaccination. The paper said Michael Gove, the Cabinet office minister, is leading the exploration of the idea.

Adam Marshall, director-general of the British Chambers of Commerce, said such a program could create certainty for employers that want workers to no longer work from home.

"Companies are concerned about the employment law consequences of these decisions around return to work, the concerns around potential for liability, but most of all concerns about doing what is right for their people," he told the Financial Times.

The UK's swift rollout of vaccinations could speed up even more with the addition of a jab from the United States pharmaceutical giant Moderna. Currently, the nation is administering jabs produced by Oxford/AstraZeneca and Pfizer/BioNTech but the addition of a third option would bring the prospect of full-coverage closer.

Culture Secretary Oliver Dowden said on the BBC's The Andrew Marr Show on Sunday that the Moderna jab, of which the UK has ordered 17 million doses, will be rolled out in April.