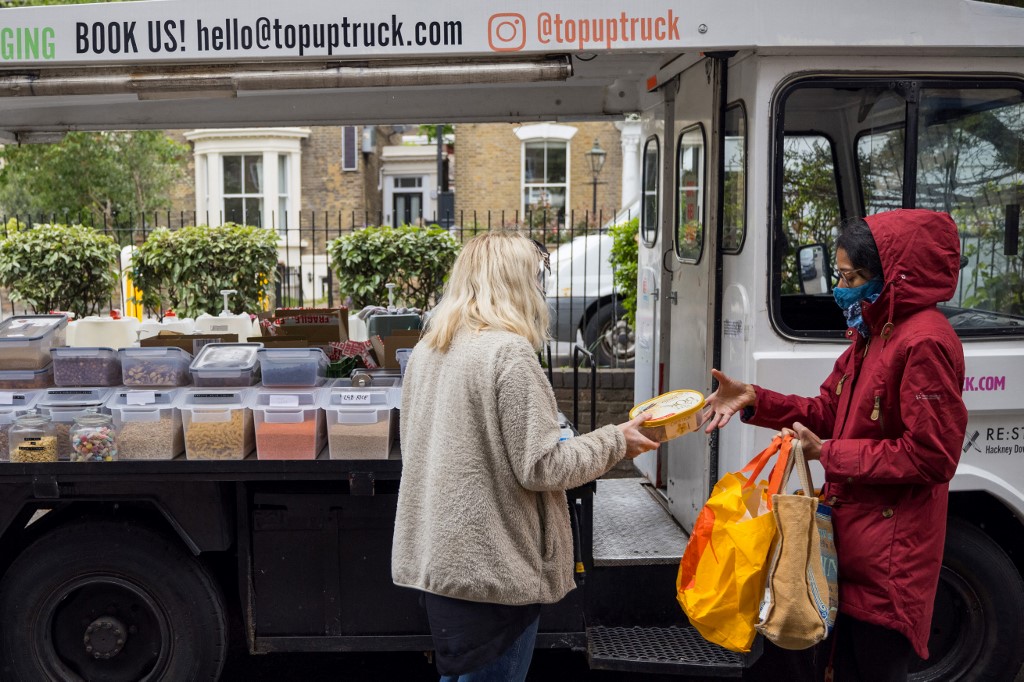 The largest contribution to the monthly decline in the month came from food stores where sales volumes fell by 5.7 percent, said the ONS, adding that "anecdotal evidence suggests the easing of hospitality restrictions had had an impact on sales as people returned to eating and drinking at locations such as restaurants and bars."

Although monthly retail sales volumes dropped in May, the total retail sales were 9.1 percent higher when compared with the pre-coronavirus pandemic level in February 2020, said the ONS.

British retail sales in May were "largely a function of diverted spend back to hospitality & away from food retailers, also a levelling off of retail reopening in April," tweeted Simon French, chief economist at Panmure Gordon & Co, a British corporate and institutional investment bank.

In addition, the total proportion of sales online decreased to 28.5 percent in May, down from 29.8 percent in April 2021, but remained substantially higher than before the pandemic, showed the data.

"Feedback from retailers suggested that the easing of retail restrictions had affected online sales as consumers returned to physical stores," said the ONS.

Paul Dales, an economist at the London-based economic analysis firm Capital Economics, said "rather than suggest the economic recovery is already spluttering, the decline in retail sales in May is probably just a result of the reopening of indoor hospitality in mid-May prompting households to spend less time shopping and more time socialising."

British Prime Minister Boris Johnson on Monday confirmed a four-week delay to the lifting of all COVID-19 restrictions in England beyond June 21, citing the risk of highly transmissible Delta variant, which was first identified in India.

The easing of COVID-19 restrictions in Scotland is likely to be delayed by three weeks amid a surge of coronavirus cases, Scotland's First Minister Nicola Sturgeon said Tuesday.