The United Kingdom will be the first nation in the world to administer the Pfizer/BioNTech COVID-19 vaccine this week. 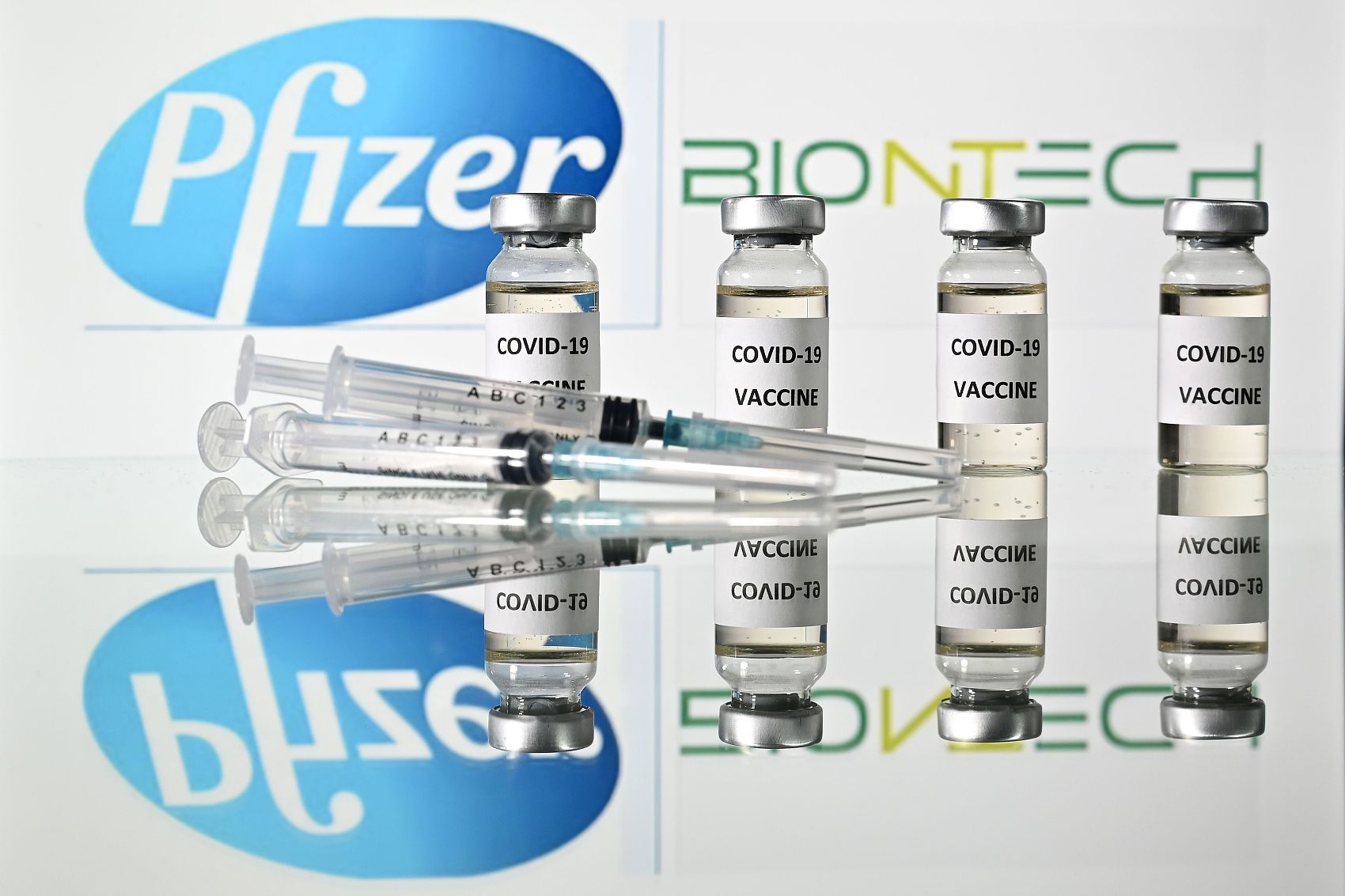 Dosages will first be administered from hospitals around the country, beginning on Tuesday, with doctors' clinics to receive batches of the vaccine later, the government said on Sunday.

It is understood that 800,000 doses will be available in the first week, with the over-80s, frontline healthcare workers and care home staff and residents first in line to receive the jabs, according to the National Health Service, or NHS.

British authorities gave approval for emergency use of the vaccine last week, and the government has ordered 40 million doses, which is enough to vaccinate 20 million people, as each person receives two separate jabs.

However, reports indicate there may still be hurdles to overcome in terms of delivery from Europe. One report last week indicated that manufacturing delays in October mean the UK may receive fewer doses of the BioNTech/Pfizer vaccine this year than had been initially hoped.

The Financial Times reported that an official close to the discussions had said that the UK "was having to scale back its expectations".

BioNTech has stated that 5 million doses would be delivered this year. The newspaper's source said the number of doses delivered by the end of this month would be closer to 4 million due to the production problems.

And the Guardian reported that massive batches of the vaccine would be flown into the UK from Belgium by military aircraft "to avoid delays at ports caused by Brexit" under contingency plans developed by the government.

"We have been clear the first vaccines will be available next week," said a government spokesperson on Friday. "The NHS put in place months of extensive preparations for the rollout. The majority of 40 million that we have ordered are expected in the first half of next year. We do expect more by the end of this year."

In an interview with the Daily Telegraph, the Health Secretary Matt Hancock said the arrival of the vaccine would mean the nation's tier system of social restrictions could be eased before end of March. Hancock said the jab "will bring forward the moment when we can get rid of these blasted restrictions".

Meanwhile, the UK's chief medical officers has warned healthcare staff that the vaccine will have only "a marginal impact on hospital admissions over the next three months". In a letter to staff seen by the Guardian, management said the festive season would likely put additional pressure on health services.

Also, the mass use of rapid COVID-19 tests has been defended by a senior NHS adviser, after a study showed that a pilot program in Liverpool missed half of positive cases.

Susan Hopkins, chief medical adviser to NHS Test and Trace, told the BBC Today program that the mass tests were helping diagnose asymptomatic cases "that would otherwise have gone undetected".