Britain's upstart Brexit Party has failed in its first attempt to win a seat in Britain's Parliament, narrowly losing to the left-of-center Labour Party in a special election. 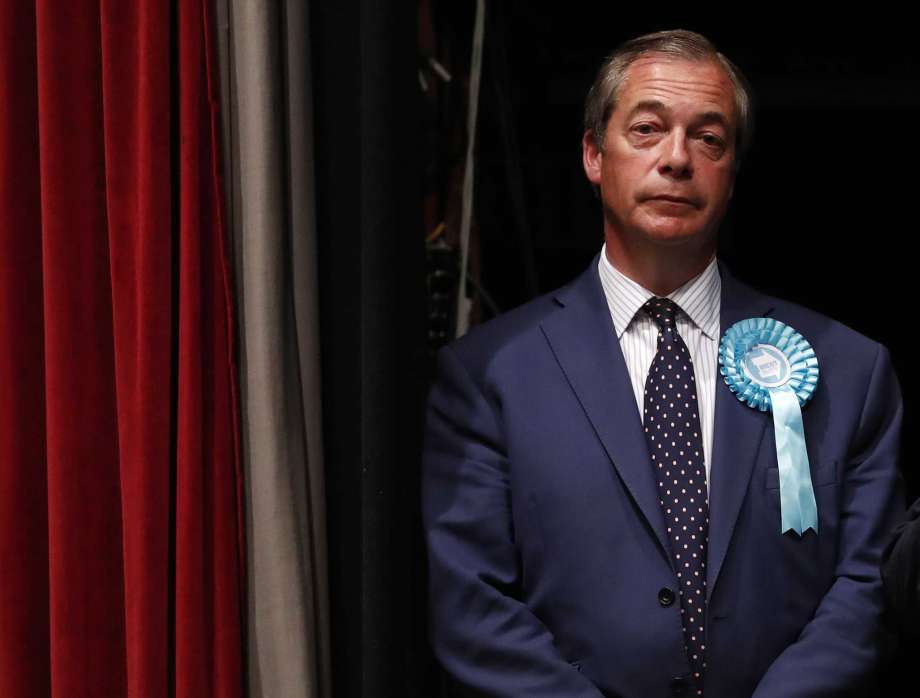 Brexit Party leader Nigel Farage stands on the stage as results are announced at the counting center for the European Elections for the South East England region, in Southampton, England, early Monday, May 27, 2019. (Photo: AP)

The result, announced Friday, is a blow to the momentum of the months-old Brexit Party led by former UKIP leader Nigel Farage.

The party wants Britain to leave the European Union, with or without a divorce deal. That message has resonated with Brexit-backing voters angry at the country's political deadlock. The party won almost a third of U.K. votes in last month's European Parliament election.

The election was called after Peterborough's previous Labour lawmaker was jailed for lying about a speeding offense.