The UK's Brexit Party members are the best paid representatives in the European Parliament, according to a new report. 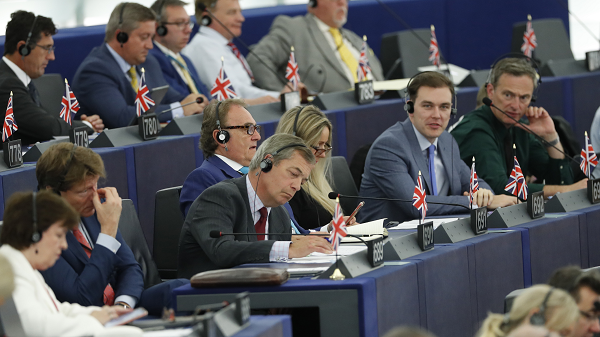 The 28 Members of the European Parliament (MEPs) from the party which campaigns for the UK to leave the EU, get more than two million euros a year between them in outside earnings, the Transparency International study shows.

The highest earning MEP is the Brexit Party's Ben Habib, who declared 960,000 euros a year on top of his parliamentary money - which is around 158,000 euros year.

Transparency International, a watchdog which monitors EU lobbying and outside activities of members of the European Parliament, published a report on Thursday on parliamentarians' self-reported income from second jobs and other commitments. 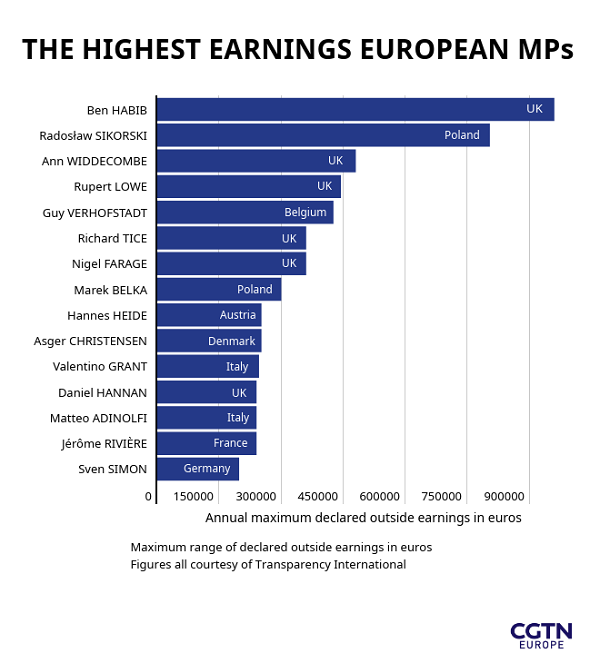 Out of 748 MEPs, 521 have declared outside activities. They have to declare income earned from these activities in ranges, so the figures are approximate. In total, European lawmakers have declared between 6.3 million and 16.2 million euros of annual outside income.

Brexit Party MEP Nathan Gill said they had selected representatives who were successful outside politics - the party was only formed a few weeks before this year's European elections when it became clear that Brexit was being delayed and the UK was to continue being part of the European Parliament.

"Our MEPs are not reliant on their MEPs salaries," Gill said.

According to Transparency International, many parliamentarians have not updated their declarations in years and there is no way to know how accurate they are.

"It's self-reported, they can do whatever they want," said Raphaël Kergueno, Policy Officer at Transparency International EU.

Commission President-elect Ursula Von Der Leyen has included the setting up of an independent EU ethics body as one of her political priorities and Transparency International is urging it to be established soon and for it to be "well-resourced, able to initiate investigations and mandated to issue binding recommendations to MEPs and Commissioners."