WORLD UK's Corbyn says will not lead Labour at next election

UK's Corbyn says will not lead Labour at next election 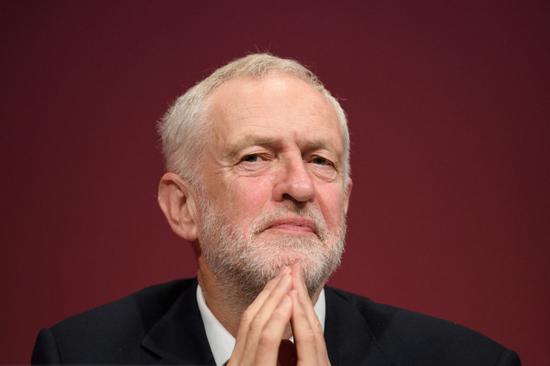 Jeremy Corbyn on Friday said he would not lead Britain's main opposition Labour party at the next general election, after predictions of a crushing defeat at nationwide polls.

"I will not lead the party in any future general election campaign," the veteran socialist, 70, said after winning his north London seat for the 10th time.

Corbyn went into Thursday's election offering a radical leftist programme for social change, including huge investment in public services, as well as a second referendum on Brexit.

But he was criticised for his handling of allegations of anti-Semitism within Labour and supposed sympathies with proscribed terrorist groups.

An exit poll forecast Labour would lose 52 seats to secure 191 in the 650-seat parliament -- the party's poorest result since 1935.

The forecast put Prime Minister Boris Johnson's Conservatives on 368 seats, giving the party a majority of 86.

Senior Labour figures have indicated Corbyn was responsible for the heavy losses. He admitted in an acceptance speech the results were "very disappointing".

But he stopped short of saying he would stand down immediately, instead announcing he would lead the party during a "process of reflection" into what went wrong.

Corbyn defended his "manifesto of hope" and maintained they were "extremely popular" during the campaign. But his message had been eclipsed by Brexit.

"Brexit has so polarised and divided debate in this country, it has overridden so much of a normal political debate," he added.

"I recognise that has contributed to the results that the Labour party has received this evening all across this country."