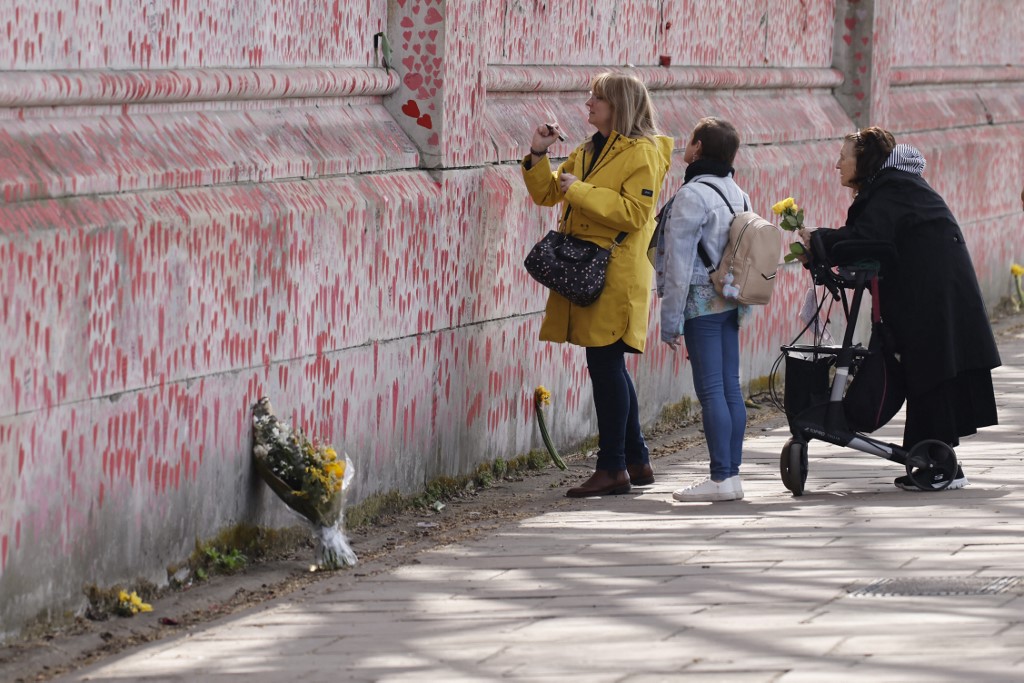 People write messages in memory of their beloved ones, on the National Covid Memorial Wall, in London, on March 28, 2022. (Photo: AFP)

Rates of Covid infection have hit a record high in the UK, official data showed Friday, just as free government testing ended for millions in England.

Some 4.9 million people in the UK are estimated to have had Covid-19 in the week ending March 26, 600,000 more than the previous week, the latest survey by the Office for National Statistics said.

It said one in 13 people in England are estimated to have had Covid during that week, up from one in 16 the week before.

The rate in Scotland was higher still, at one in 12.

"The rapid rise continues to be fuelled by the growth of the Omicron BA.2 variant across the UK," ONS senior statistician Kara Steel said.

Tim Spector, a professor of epidemiology at King's College London, told Times Radio the timing of the government's end of free testing in England "couldn't really be worse".

From Friday, most people in England have to pay for their own Covid test kits. Free testing will only be available in healthcare settings.

General free tests will continue for now in Scotland, Wales and Northern Ireland, which set their own health policy.

Despite the criticism, Health Secretary Sajid Javid said people must "learn to live with Covid".

"We are one of the most open and free countries in the world now, and that's because of decisions that we've taken as a country," he said, after England's last legal curbs were lifted in February.