UK's Johnson says will not ignore anger over racial injustice 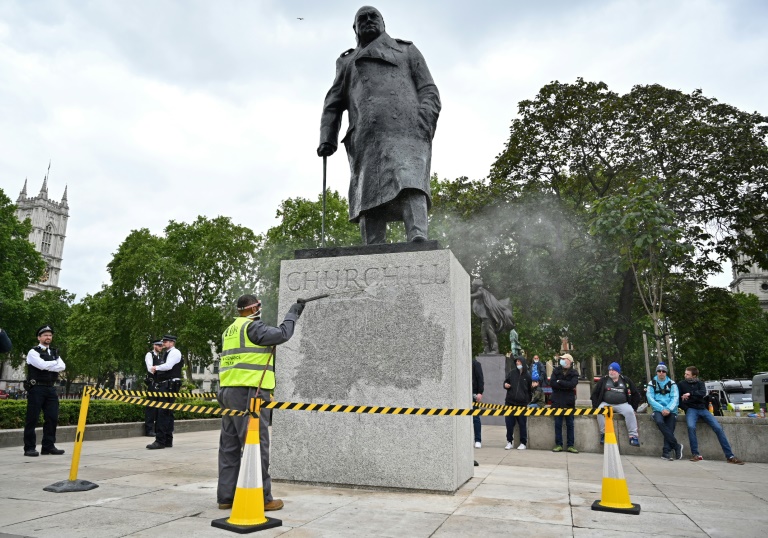 British Prime Minister Boris Johnson has acknowledged the "cold reality" behind angry protests against racial injustice, but warned he would not tolerate violence or the breaking of coronavirus distancing laws.

Demonstrations have broken out across Britain following the death of George Floyd in the United States, most of them peaceful, although clashes in London left 35 police officers hurt.

"We simply cannot ignore the depth of emotion that has been triggered by that spectacle of a black man losing his life at the hands of the police," Johnson said in a statement late Monday.

"In this country and around the world his dying words -- I can't breathe -- have awakened an anger and a widespread and incontrovertible, undeniable feeling of injustice, a feeling that people from black and minority ethnic groups do face discrimination: in education, in employment, in the application of the criminal law.

"And we who lead and who govern simply can't ignore those feelings because in too many cases, I am afraid, they will be founded on a cold reality."

He continued: "And so I say yes, you are right, we are all right, to say Black Lives Matter.

"And to all those who have chosen to protest peacefully and who have insisted on social distancing, I say, yes of course I hear you, and I understand."

He said while Britain had made "huge strides... there is so much more to do -- in eradicating prejudice, and creating opportunity, and the government I lead is committed to that effort."

However, he warned the country was "in a time of national trial" as it battled the coronavirus outbreak, which has killed 40,000 people in Britain.

"I will not support those who flout the rules on social distancing," he said.

"And no, I will not support or indulge those who break the law, or attack the police, or desecrate public monuments."

"We have a democracy in this country. If you want to change the urban landscape, you can stand for election, or vote for someone who will," Johnson said.

London mayor Sadiq Khan on Tuesday announced a review of the capital's landmarks, including statues and road names, many of which he said "reflect a bygone era".

"We must ensure that we celebrate the achievements and diversity of all in our city, and that we commemorate those who have made London what it is -- that includes questioning which legacies are being celebrated," he said.