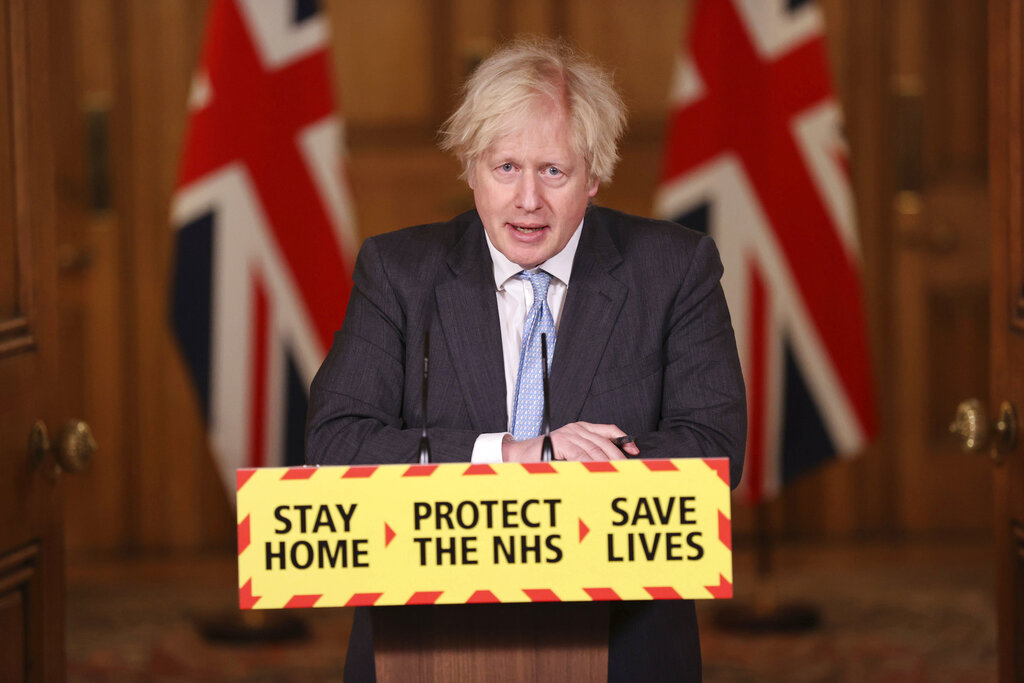 British Prime Minister Boris Johnson will host a virtual meeting of G7 leaders next week to call for action to ensure equal global distribution of COVID-19 vaccines and prevent future pandemics, his office said on Saturday.

The meeting of the leaders from the Group of Seven rich nations on Friday is the first since April last year and will be Joe Biden's first major multilateral engagement as U.S. president, Downing Street said.

"The solutions to the challenges we face – from the colossal mission to get vaccines to every single country, to the fight to reverse the damage done to our ecosystems and lead a sustainable recovery from coronavirus – lie in the discussions we have with our friends and partners around the world," Johnson said.

Johnson will call for the G7 to work on a global approach to pandemics, such as designing an early warning system, which would bring to an end "the nationalist and divisive politics that marred the initial response to coronavirus," his office said.

The World Health Organization has warned that a "me-first" policy toward vaccines by rich nations could leave the poorest and most vulnerable at risk while also allowing a situation in which the virus could continue to spread and mutate.

Britain itself has been caught up in a row between the European Union and Anglo-Swedish drugmaker AstraZeneca over vaccine supplies, which almost led to the bloc imposing emergency measures to prevent exports of shots into the United Kingdom via Northern Ireland.

"Quantum leaps in science have given us the vaccines we need to end this pandemic for good," Johnson said in a statement. "Now world governments have a responsibility to work together to put those vaccines to the best possible use."

In June, Johnson is due to host the first in-person summit of G7 leaders in nearly two years in a seaside village in Cornwall, southwestern England, which will focus on rebuilding from the pandemic and climate change, a top priority for Britain ahead of the UN Climate Change Conference or COP26 conference it is due to host in November.