British Prime Minister Boris Johnson is to meet with Irish leader Leo Varadkar in search of a compromise on the simmering Brexit crisis. 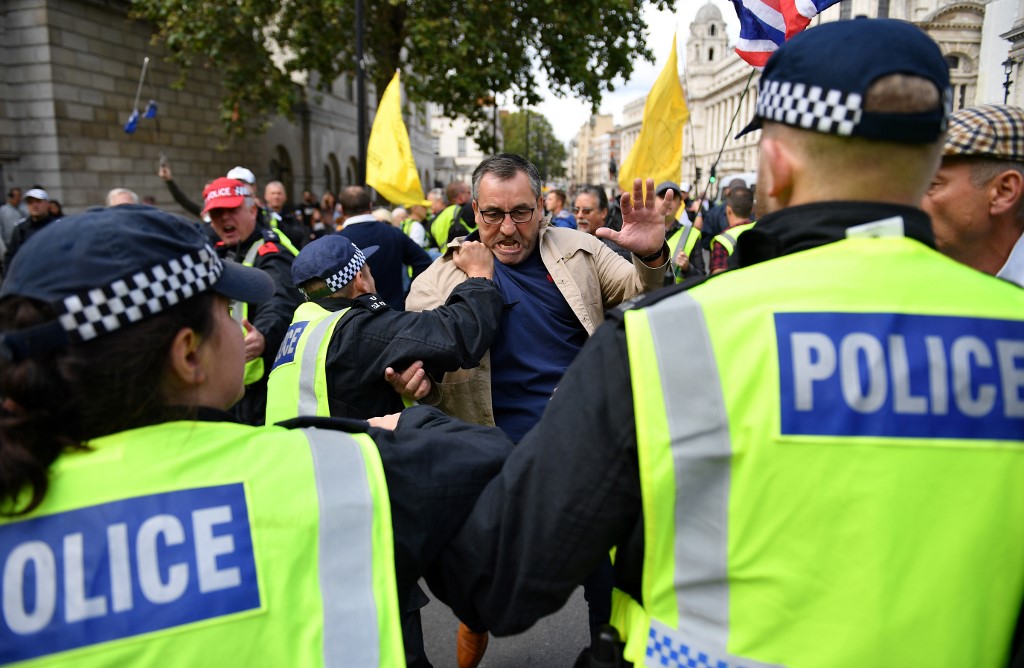 Police restrain a demonstrator during an anti-government protest calling for the Prime Minister's resignation, outside Downing Street in central London on September 7, 2019. (Photo: AFP)

The two are to meet in Dublin Monday morning for the first time since Johnson took power in July.

Varadkar has said he does not expect a breakthrough in the impasse over how the Irish border will be handled once Britain leaves the European Union.

Johnson plans to press a rebellious Parliament later Monday to back his plan for an early election, but opposition parties have said they will vote the measure down.

A new bill that seeks to force Johnson to seek a Brexit delay before the Oct. 31 deadline is set to become law on Monday.

Johnson has said he will not seek a delay.