WORLD UK's Johnson 'touted' as next boss of NATO

UK's Johnson 'touted' as next boss of NATO 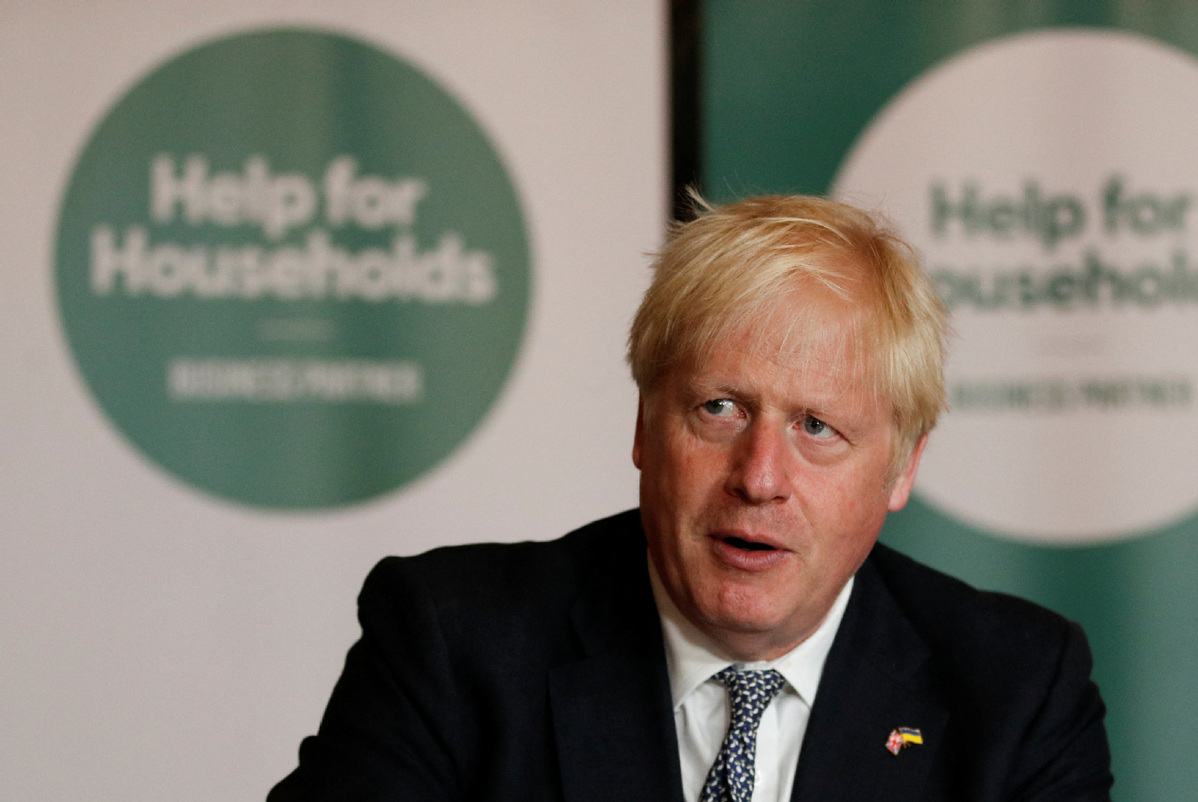 The United Kingdom's embattled prime minister, who is effectively working his notice period after senior members of his political party forced him to resign, could end up running NATO－if his remaining supporters are to be believed.

Boris Johnson, who will leave Downing Street on Sept 6 after the Conservative Party's 170,000 rank-and-file members have selected a successor, has been dogged by scandal in recent months and seems an unlikely future secretary-general of the Western security alliance, given that successful applicants are usually untainted by controversy and supported unanimously by the organization's 30 member states.

The Telegraph newspaper, which employed Johnson as a columnist, said he "is being touted as a candidate" to replace Secretary-General Jens Stoltenberg, who is set to stand down in September 2023.

The paper quoted Conservative Party lawmaker Richard Drax, who is a member of the UK's parliamentary defense committee, as saying: "Any distinguished Brit would be a great choice. If indeed that is what Boris Johnson wants to go and do, of course I would support that."

Mark Francois, another Conservative Party lawmaker and member of the committee, also said he would back Johnson, if he "were to apply to become the secretary-general of NATO".

The Telegraph predicted Johnson would appeal to the United States because Washington reportedly distrusts European Union insiders due to the bloc's stated ambition of forming its own army. The paper claimed Johnson is also trusted by Baltic states because of his strong opposition to Russia.

But Anglea Rayner, the deputy leader of the UK's main opposition, the Labour Party, told The Express newspaper the idea of Johnson leading NATO was tantamount to a bad joke.

She said Johnson, who became the first UK prime minister to be found guilty of breaking the law when police fined him for contravening COVID-19 lockdown rules he helped create, has been dogged by scandal. Most recently, he has been accused of privately meeting ex-KGB officer Alexander Lebedev without a paper trail or supporting officials.

"The man who secretly met a former KGB agent after a crucial NATO summit and can't remember what he discussed or who he was with? I think it's a 'no'," she said.

Richard Dannatt, a retired general who was head of the British army from 2006 to 2009, told The Telegraph Johnson's character will stand in the way of him being appointed NATO secretary-general.

"It is the personal stuff, the lack of integrity, the lack of trust," Dannatt said. "Frankly, we don't want to expose Boris Johnson on the international stage for more ridicule. He is a national embarrassment."