British Prime Minister Theresa May wrote a "letter to the nation" Sunday vowing to campaign with "heart and soul" for her Brexit deal once EU leaders sign off on it this weekend. 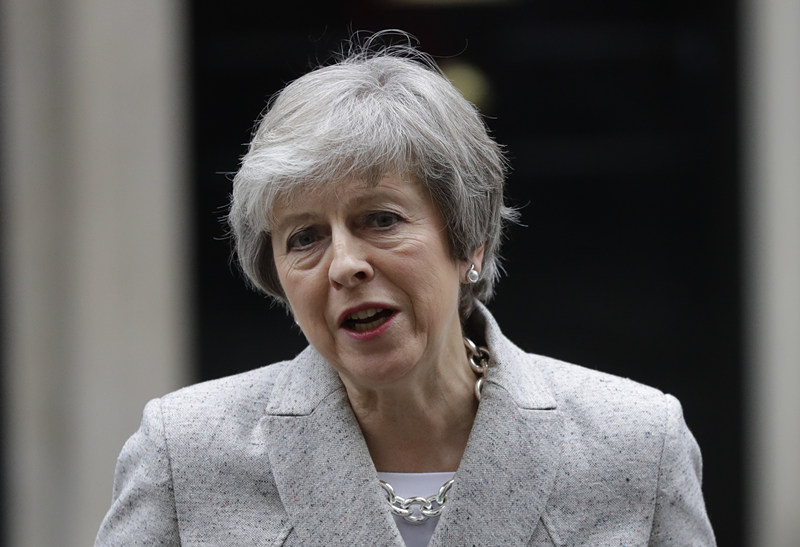 May, who hopes to seal the divorce agreement and outline of future ties with Europe at a Brussels summit Sunday, faces a daunting challenge winning the support of Britain's parliament.

The Sunday Telegraph reported that members of her own cabinet and EU diplomats are secretly working on "plan B" proposals, fearing lawmakers will reject the current deal.

But in the letter published in several newspapers, May insisted her agreement would "honour the result" of the 2016 referendum -- when 52 percent backed Leave -- and be "a moment of renewal and reconciliation".

"It will be a deal that is in our national interest -- one that works for our whole country and all of our people, whether you voted 'Leave' or 'Remain'," May wrote.

"It is a deal for a brighter future, which enables us to seize the opportunities that lie ahead."

Reiterating Britain would be leaving the European Union on March 29 next year, she urged people to get behind the deal.

"Parliament will have the chance to do that in a few weeks' time when it has a meaningful vote on the deal," the prime minister said.

"I will be campaigning with my heart and soul to win that vote and to deliver this Brexit deal, for the good of our United Kingdom and all of our people."

May is struggling even to unite her ruling Conservatives, and Northern Irish parliamentary allies the Democratic Unionist Party, behind the plan.

Meanwhile, opposition parties including Labour, the Liberal Democrats and the Scottish Nationalists, have all vowed to vote against it.

According to the Sunday Telegraph report, several senior ministers are now plotting the parameters of a Norway-style relationship with Brussels.

It said senior EU figures are "war-gaming" how the bloc could extend Article 50 -- the mechanism used to leave the bloc next March -- to allow for various scenarios.

Among them is a possible second referendum.

Responding to May's letter, Labour MP Stephen Doughty said it was "completely false" to claim the only options were her agreement or no deal.

"By rejecting this deal, parliament can give the public a real choice in a people's vote between leaving the EU on these terms or sticking with the deal we've got inside the EU," he added.