Prime Minister Theresa May stepped down as leader of Britain's governing Conservative Party on Friday, formally triggering the race for a successor who will try where she failed to deliver Brexit. 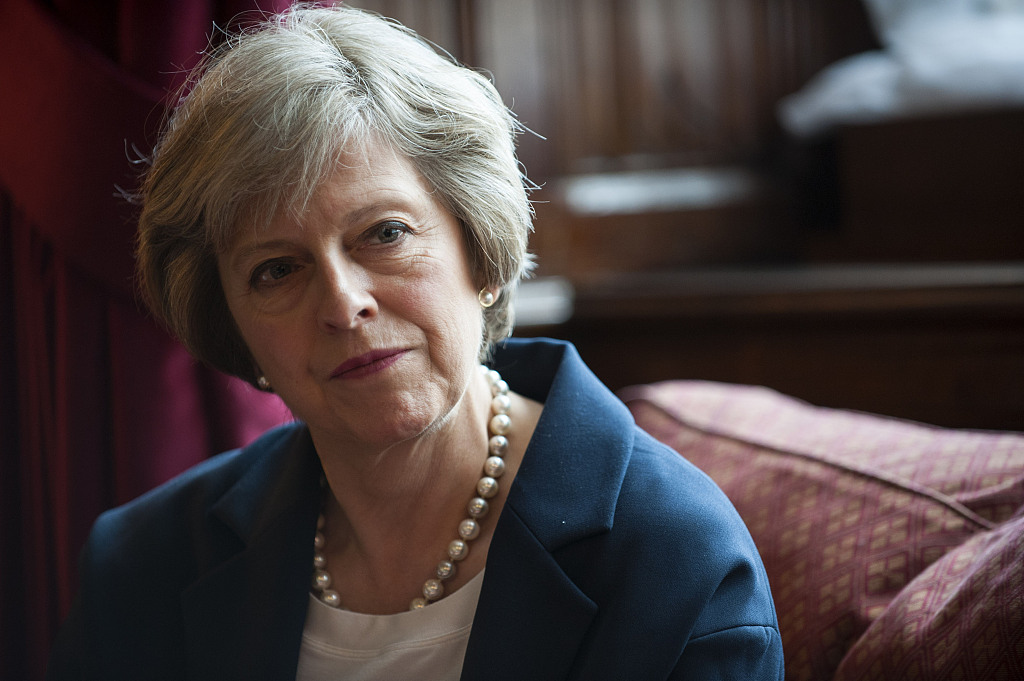 May, who quietly tendered her resignation in a private letter to the party, will remain prime minister until a new leader is chosen, likely in late July, but leaves Britain's tortuous departure from the European Union stalled.

Brexit is still scheduled for October 31 but while 11 contenders thrash it out over the leadership, the project remains stuck, with the only divorce plan agreed with Brussels having been repeatedly rejected by parliament.

"Following notification from the Prime Minister Theresa May MP that she has resigned as leader of the Conservative and Unionist Party, (we) are inviting nominations from those Conservative members of parliament who wish to stand for election as the next party leader," the committee in charge of the contest said.

"(She) will remain as acting leader of the Conservative and Unionist Party until her successor has been announced."

May took office after the shock 2016 referendum vote to leave the EU and has spent the past three years working on a departure plan, delaying Brexit twice to try to get the deal through.

But she finally acknowledged defeat in a tearful resignation speech last month, the culmination of months of political turmoil that had slowly sapped her authority.

Eleven Conservative MPs have declared their intention to stand to replace her, including former foreign minister Boris Johnson, but some are expected to drop out before the Monday 5:00pm (1600 GMT) deadline for nominations.

The winner will have only a few months to decide whether to try to salvage May's plan, delay Brexit again -- or sever ties with Britain's closest trading partner with no agreement at all.

The government is under pressure from eurosceptic figurehead Nigel Farage, who has called for a "no deal" option and whose newly-formed Brexit Party comfortably topped the European Parliament elections last month.

His single-issue party suffered a setback after narrowly missing out on winning its first parliamentary seat, losing to Labour in a by-election in the eastern city of Peterborough on Thursday.

But despite winning, Labour's vote share fell by 17 percent while the Conservatives' vote plummeted by 25 percent, highlighting the task facing May's successor.

Polling guru John Curtice told the BBC that the result showed Britain was now in a "different political world".

Leadership contest frontrunner Johnson warned that the centre-right Conservatives "must deliver Brexit by October 31 or we risk Brexit Party votes delivering Corbyn to No 10", referring to leftist Labour leader Jeremy Corbyn getting into Downing Street.

Meanwhile leadership rival Jeremy Hunt, the foreign minister, warned that there was "no future for our party" until Britain leaves the EU.

May formally relinquished her leadership in the private letter to her party on Friday.

She spent the day in her constituency west of London. No official event took place and there was no statement from her 10 Downing Street office.

She put on a brave face this week when hosting US President Donald Trump for a state visit, before joining him and other world leaders to mark 75 years since the D-Day landings.

"She remains prime minister for a good few weeks yet," May's spokesman insisted, noting that any successor must meet Queen Elizabeth II and assure the head of state that they have the support of enough lawmakers to take over.

Johnson, a leading campaigner in the 2016 referendum who quit the government last year over May's plan, is among several would-be candidates who say they are willing to leave the EU without a deal if necessary.

Environment Secretary Michael Gove, another frontrunner, is open to another Brexit delay, while Hunt has said leaving with no deal is "political suicide".

Johnson cleared one hurdle on Friday after the High Court quashed a legal action brought by a citizen who accuses him of misconduct in public office for making misleading statements during the 2016 campaign about how much money Britain sends to the EU.

Nominations for the Conservative leadership contest open and close on Monday, and the 313 Conservative MPs -- including May -- will hold the first of a series of secret ballots on Thursday.

With the worst performers eliminated each time, the goal is to have two candidates left by June 20. They will then be put to a ballot of an estimated 100,000 party members.

The contest should be completed in the week commencing July 22.