WORLD UK's May under fire as Parliament returns from Brexit break

UK's May under fire as Parliament returns from Brexit break 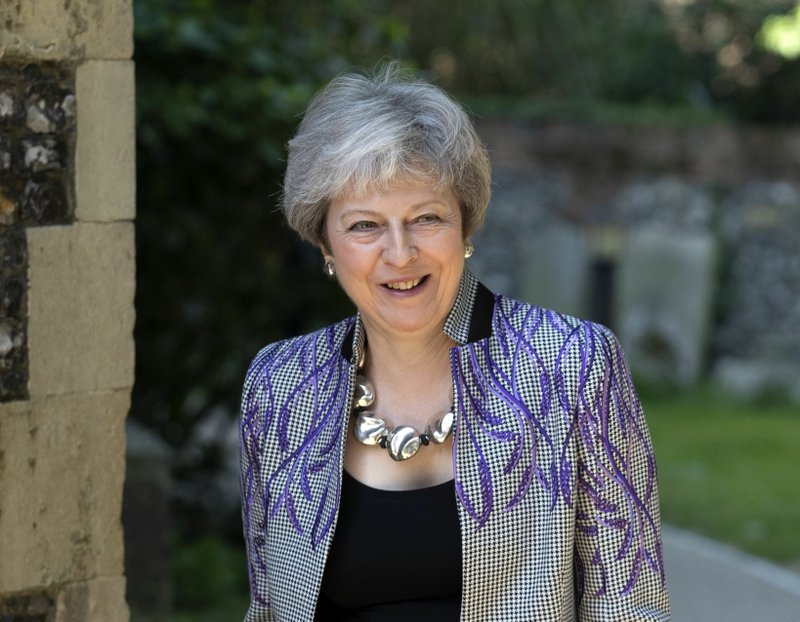 British Prime Minister Theresa May faced renewed pressure Tuesday from her restive Conservative Party to resign as lawmakers returned to Parliament — and to Brexit wrangling — after an 11-day Easter break.

Britain’s European Union exit, long scheduled to take place last month, has been delayed as the government tries to win Parliament’s backing for a divorce agreement. The bloc has given Britain until Oct. 31 to ratify an agreement or leave the 28-nation EU without a deal to smooth the way.

Most economists believe that a no-deal Brexit would plunge Britain into recession as customs checks take effect at UK ports and tariffs are imposed on trade between the UK and the EU.

Parliament has thrice rejected the divorce agreement that May struck with the bloc last year, amid opposition from pro-Brexit lawmakers who think it is too much of a compromise and pro-EU legislators who believe it cuts the UK off from its biggest trading partner.

Talks on striking a compromise between May’s government and the main opposition Labour Party resumed Tuesday. But several days of talks earlier this month failed to produce a breakthrough, and there were few signs of progress, as each side accused the other of dragging its feet.

“We’ll see how it goes but the government really does need to move on a bit,” Labour leader Jeremy Corbyn said.

Downing St. spokesman James Slack said May told her Cabinet that “progress needed to be made urgently as it was vital to deliver on the result of the referendum and for the UK to leave the European Union as soon as possible.”

Anger is growing among pro-Brexit Conservative lawmakers and officials over the delay to Brexit and May’s bid for compromise with Labour.

Pro-Brexit Conservative lawmaker Nigel Evans said calls for May’s departure are “growing into a clamor” and she should resign “as soon as possible.”

“I believe the only way we’re going to break this impasse properly is if we have fresh leadership of the Conservative Party,” Evans told the BBC.

Many Conservative Brexiteers think May should be replaced with a more staunchly pro-Brexit leader such as the former Foreign Secretary Boris Johnson. But May survived a no-confidence vote among party colleagues in December, and under Conservative rules she can’t face another challenge until a year has passed.

Some Conservative lawmakers are discussing whether the rules could be changed to allow a new vote on May’s leadership.

May has said she will step down once Parliament has approved a Brexit deal.

Justice Minister Rory Stewart, a May loyalist, said changing leader would not solve the fundamental problem: the British public, and its politicians, are deeply divided about whether to leave the EU, and on what terms.

“It’s nothing to do with the individual; it is that people disagree deeply over Brexit.”

May retains hope that she can strike a deal with Labour and get an agreement through Parliament by May 22. If she doesn’t, Britain will hold elections the next day for UK seats in the European Parliament.

The government is desperate to avoid participating in the poll, which is likely to be used by voters to express displeasure with the Conservatives. But both pro- and anti-EU parties are hoping for a surge in support.

Candidates for the party, which is calling for a new referendum on Britain’s EU membership, include the former BBC broadcaster Gavin Esler and journalist Rachel Johnson, sister of Boris Johnson.

“This is not a vote against Boris,” Rachel Johnson said. “This is a vote for change. We need to move the dial. People need to have a say.”