WORLD UK's May: Vote is last chance to guarantee Brexit

UK's May: Vote is last chance to guarantee Brexit

UK Prime Minister Theresa May says on Friday that voting on her EU divorce deal is "the last opportunity to guarantee Brexit" as she sought to rally support for the measure. 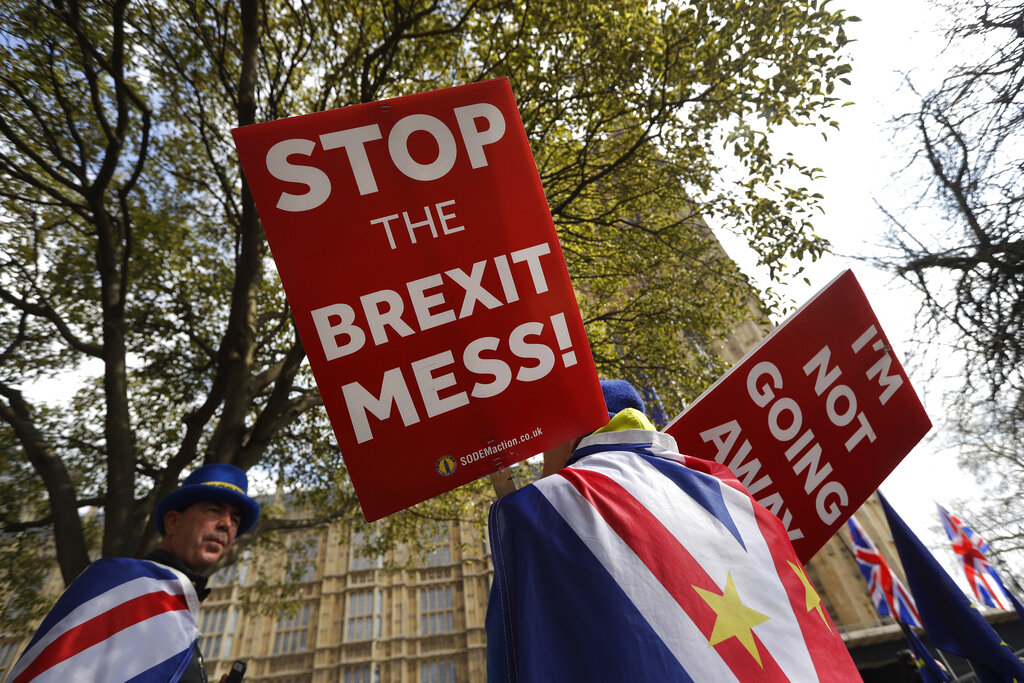 If the deal is rejected, Britain will crash out of the bloc in two weeks unless the EU agrees to extend the Brexit deadline.

May appealed to the House of Commons to accept her deal, saying any extension would "at least delay and could destroy Brexit."

The agreement still faced substantial opposition even after May sacrificed her job for her deal, promising to quit if lawmakers approved the Brexit deal and let Britain leave the EU on May 22.