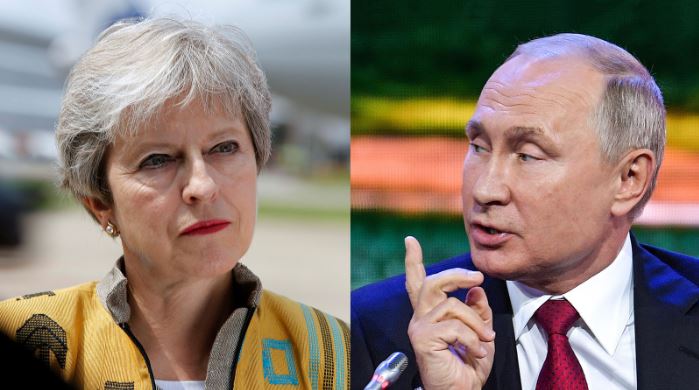 Peskov's comments came a day after UK Prime Minister Theresa May's spokesman said the interview contained "lies and blatant fabrications" and called it "an insult to the public's intelligence."

In an interview with Russia's TV channel RT on Thursday, the two Russians, Alexander Petrov and Ruslan Boshirov, named as main suspects by the UK, denied any involvement in the poisoning of Skripal and his daughter on British soil, telling that they had visited as tourists.

"What is the ground for accusing Russia of lying?" Peskov stated, "Russia's stance has not changed, it is absolutely clear-cut, transparent and consecutive."

The spokesman confirmed that Russia's position on the case has not changed.

"We consider unacceptable any associations between the Russian leadership and the Russian state and what happened in Salisbury."

Kremlin also said it would review any British request to interview the two men that London suspected in strict accordance with Russian law, but said it had not received any such request yet.

"Without a doubt, if such a request is made it will be looked at by the Russian side in strict accordance with Russian law," Peskov put when asked whether Moscow would agree to let British police question the men in Russia.

May told parliament on Sept. 5 that the two men "are officers from the Russian military intelligence service also known as the GRU."

While Russian President Vladimir Putin believed that the duo accused by the UK of being behind poisoning attack was civilians and not criminals.

"There is nothing special there, nothing criminal, I assure you. We'll see in the near future," the president said on Wednesday at the 4th Eastern Economic Forum (EEF) in Russia's Vladivostok.