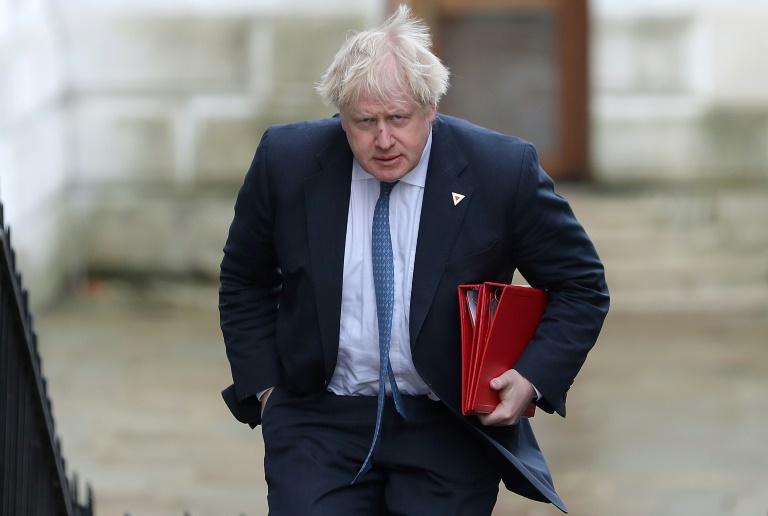 Britain's official Brexit campaign, Vote Leave, has been fined and reported to the police for breaking spending rules in the 2016 EU membership referendum, boosting calls Tuesday for a second vote.

The Electoral Commission regulator said the winning side in the referendum had worked together with a smaller pro-Brexit group called BeLeave to get around rules limiting its campaign spending.

"The two groups worked to a common plan, did not declare their joint working and did not adhere to the legal spending limits," said Bob Posner, the commission's director of political finance and regulation.

"These are serious breaches of the laws put in place by parliament to ensure fairness and transparency at elections and referendums," Posner said.

A Vote Leave spokesman accused the Electoral Commission of being "motivated by a political agenda rather than uncovering the facts".

The spokesman said there were "a number of false accusations and incorrect assertions that are wholly inaccurate and do not stand up to scrutiny".

In the referendum, the official pro- and anti-Brexit campaigns, designated by the Electoral Commission, had spending limits of £7 million ($9.3 million, 7.9 million euros).

The commission found that Vote Leave, which counted former foreign secretary Boris Johnson as a figurehead, had exceeded the limit by almost £500,000.

It did so by giving BeLeave more than £675,000, which was spent on AggregateIQ, a Canadian digital political advertising company, under a "common plan" with Vote Leave.

Shahmir Sanni, a key figure in BeLeave, alleged the money was used to pay AggregateIQ for targeted messaging services on Facebook and other social media.

AggregateIQ was mentioned in the scandal over Cambridge Analytica, a now defunct British company accused of misusing data obtained from Facebook to micro-target political ads.

AggregateIQ, which says it delivers "data-driven strategies that help you... reach new audiences", insists it has never been part of CA or entered into a contract with them.

Vote Leave was fined £61,000 and BeLeave founder Darren Grimes, a fashion student, was fined £20,000 -- the maximum levy for an individual.

The Electoral Commission said it had referred the case to police.

But the Vote Leave spokesman said it had provided evidence to the Electoral Commission "proving there was no wrongdoing".

"We will consider the options available to us, but are confident that these findings will be overturned," he said.

Grimes said allegations that he colluded with Vote Leave had never been put to him by the commission in two years of interaction.

"I did nothing wrong," he insisted.

In the referendum, 52 percent voted for Britain to leave the EU, while 48 percent wanted to stay. The UK is set to quit the bloc in March.

Prime Minister Theresa May's spokesman said: "The public delivered a clear verdict and that is what we are going to be implementing."

The report prompted angry questions in parliament, calls for the referendum to be annulled or re-run and claims that the entire Brexit process was now dubious.

"The legitimacy of the most important vote in a generation has been undermined," said Luciana Berger, an MP from the main opposition Labour Party.

Labour's David Lammy asked whether the referendum result could be declared void.

Sarah Wollaston, a senior MP in May's Conservative party, said: "We cannot have confidence that this referendum was secure and it should be re-run".

Meanwhile leading Remain-backing Conservative MP Anna Soubry said there were concerns about where Vote Leave's money came from, alleging that "Russia exercised its influence to undermine this country's democracy".

Some Brexit-backing MPs mocked the "synthetic outrage" of EU supporters still bitter about their defeat and highlighted the overall size of the Remain campaign's spending.

May wants Britain to remain economically close to the EU by adhering to its common standards on goods.

However, she faces a tough time getting her proposals through parliament, with hardcore Brexiteers in her Conservative Party expected to rebel in votes later Tuesday.

"The public have been cheated," he said.