UK's Theresa May faces pressure to step down to save Brexit 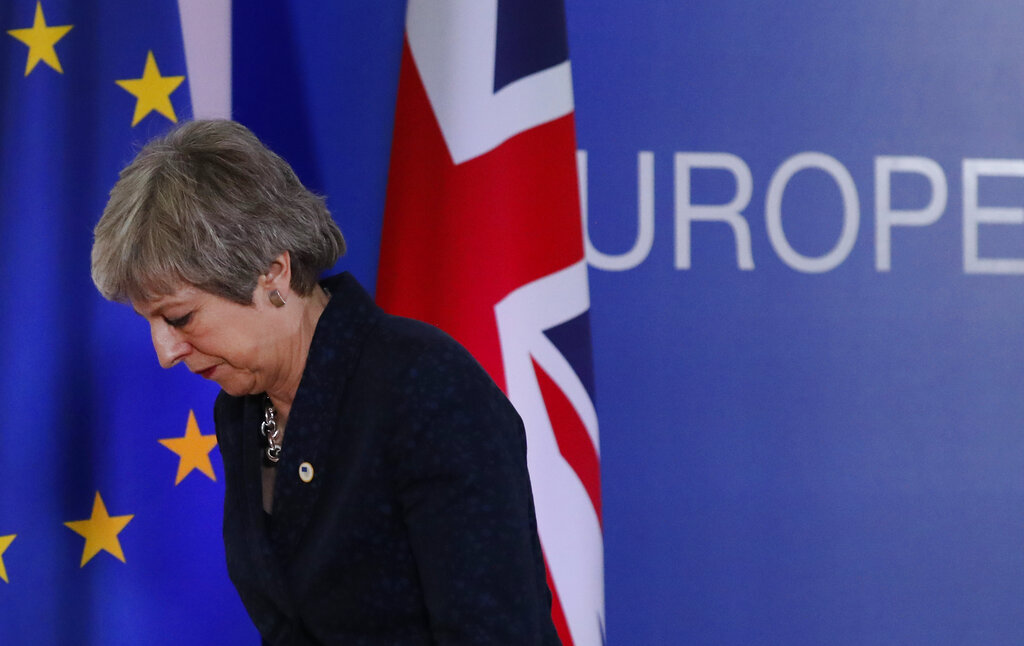 British Prime Minister Theresa May is facing increased pressure from her own Conservative Party to either resign or to set a date for stepping down in order to build support for her Brexit plan.

British media reported Sunday that senior party figures were urging May to recognize her weakened political position and resign.

There is no indication from Downing Street a resignation is near.

May has thus far been unable to win more backing for her European Union withdrawal plan, which lawmakers defeated twice already.

She has raised the possibility of bringing the plan back to Parliament a third time if there is enough support for it to pass.

Britain is set to leave the EU on April 12 unless a deal is approved or other arrangements made.