WORLD UK's Theresa May: Trump told me to 'sue the EU' over Brexit

UK's Theresa May: Trump told me to 'sue the EU' over Brexit

British Prime Minister Theresa May says that President Donald Trump advised her to “sue” the European Union in the negotiations over Britain’s exit from the bloc. 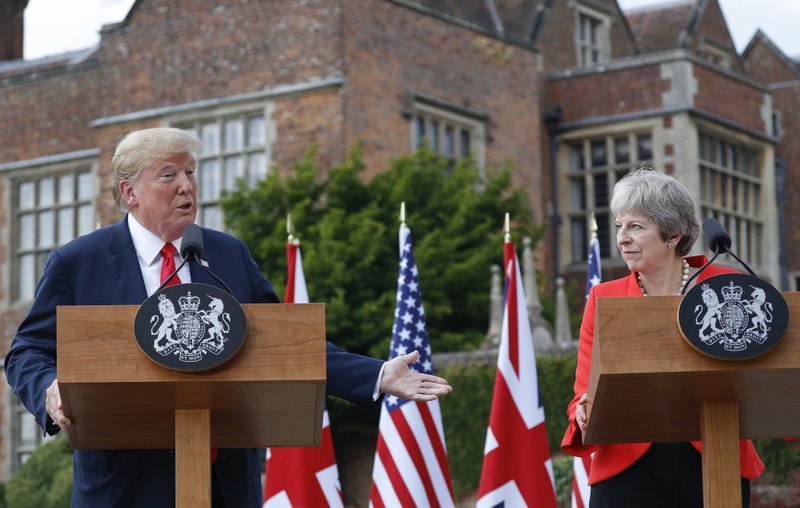 Trump told reporters Friday at a joint press conference with May that he had given the British leader a suggestion that she found too “brutal.”

Asked on the BBC’s Andrew Marr Show on Sunday what that suggestion was, May said: “He told me I should sue the EU. Not go into negotiation, sue them.”

She added: “What the president also said at that press conference was ‘Don’t walk away. Don’t walk away from the negotiations. Then you’re stuck.’”