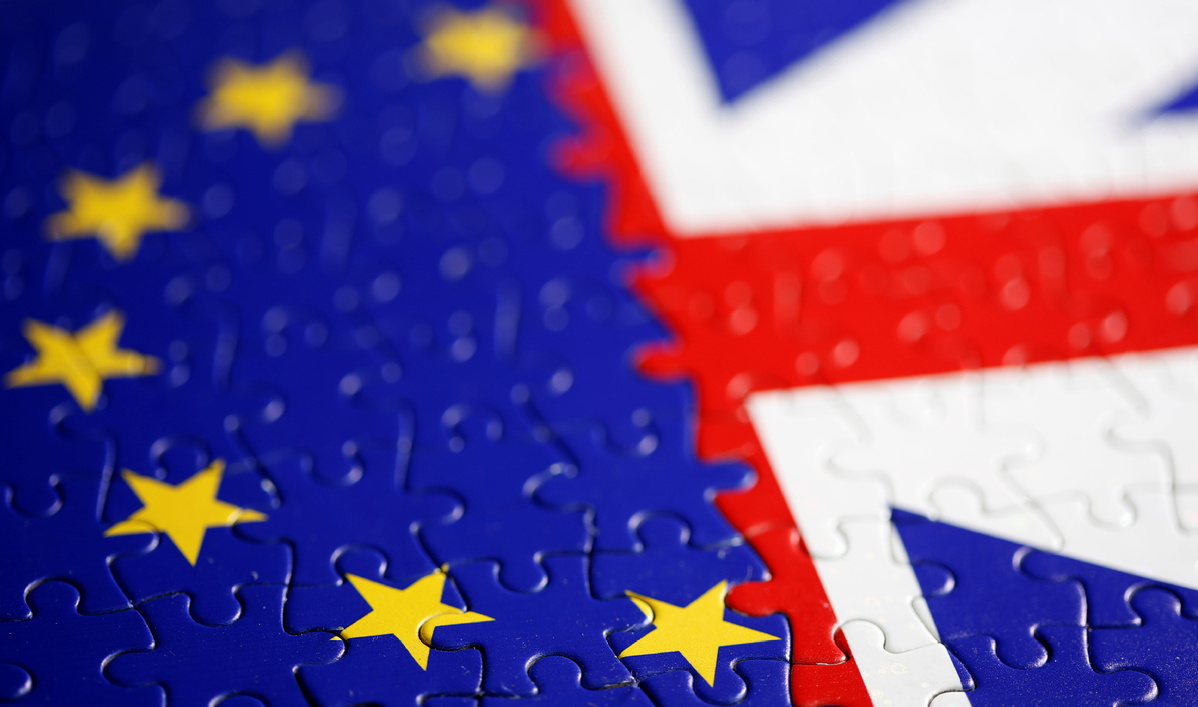 Puzzle with printed EU and UK flags is seen in this illustration taken Nov 13, 2019. (Photo: Agencies)

Ministers will meet on Tuesday to sign off on the formal trade mandate document which will frame Britain's negotiating aims, before it is published on Thursday.

"The UK has made clear a number of times, and will reiterate, its desire for a Canada-style deal," Downing Street said in a statement.

The EU-Canada deal, which came into force provisionally in 2017, removes most tariffs on goods traded between the two countries but does little to facilitate trade in financial services, which are very important for the UK economy.

EU chief negotiator Michel Barnier has said the UK cannot have such a deal free from the bloc's rules and French President Emmanuel Macron said earlier on Saturday it was not clear whether an agreement can be reached, as Johnson wants, by the end of the year.

"It's going to be tense because they are very tough… Boris Johnson has a card in his hand and it is fishing and with that he will try to gain access to the market," Macron told representatives of the French fishing industry at a farm show in Paris.

"It is not certain that we will have a global deal by the end of the year," Macron said.

Johnson's office said there were not expected to be any surprises in the mandate document, which aims for a future relationship based on friendly cooperation between sovereign equals.

UK ministers were united in their objectives, it said, adding: "This is in contrast to the process of agreeing the EU's mandate, which so far looks to be hamstrung by indecision and delay due to the competing interests of different member states."

The EU had planned to have its mandate pinned down by Feb 11, it said, noting that deadline had now passed, and that EU countries were now locked in debate over how to agree the EU budget for the next seven years.

The first round of formal trade talks will take place in Brussels starting on March 2, with the UK side led by its chief negotiator David Frost.