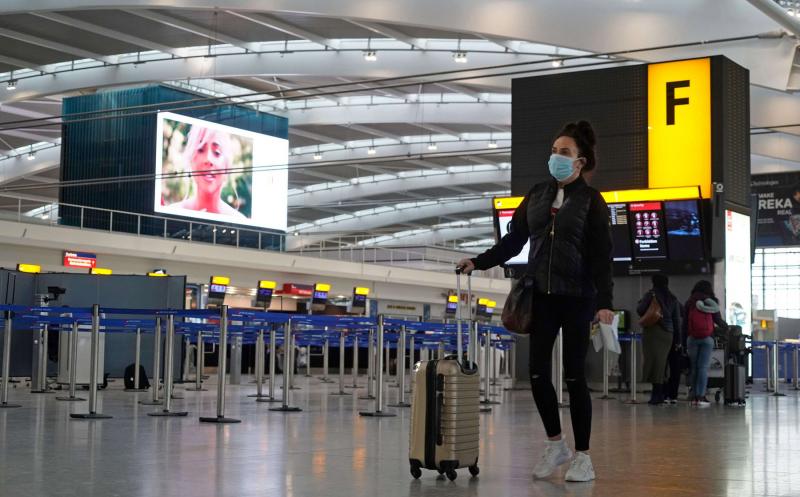 Britain confirmed Thursday it will introduce its new mandatory hotel quarantine rules for travellers returning from dozens of countries deemed at "high risk" from Covid-19 variants later this month.

The policy, which will begin from February 15, will require all UK citizens and permanent residents returning from countries on its so-called travel ban list to self-isolate in a government approved facility for 10 days.

Other visitors from the 33 countries currently on the list, which includes all South American nations and South Africa, are currently barred from visiting Britain under virus lockdown rules.

The UK's health department said it had asked hotels near ports and airports for proposals on how they can support the system ahead of formal contracts being awarded.

It added officials had met with stakeholders from the aviation, maritime, hotel and hospitality industries ahead of finalising plans for its mid-February start.

"We are now working at pace to secure the facilities we need to roll out managed quarantine for British nationals returning home from the most high-risk countries," a health ministry spokeswoman said.

"In the face of new variants, it is important that the government continues to take the necessary steps to protect people and save lives."

The 10-day quarantine will cost returning Britons £1,500 ($2,060, 1,697 euros), with meals served at the bedroom door and security guards supervising stays, according to media reports.

The government last month scrapped its "travel corridors" from countries with lower caseloads and now asks all arrivals to show negative Covid-19 tests and then self-isolate.

Under pressure to further tighten the rules, ministers then decided to implement the new regime.

But they stopped short of asking all incoming travellers to isolate in hotels, which countries such as Australia and New Zealand have done and have subsequently emerged with dramatically lower virus death tolls.