Britain is rolling out a program to help register an estimated 3.5 million European Union citizens living in the United Kingdom as it begins the process of leaving the bloc. 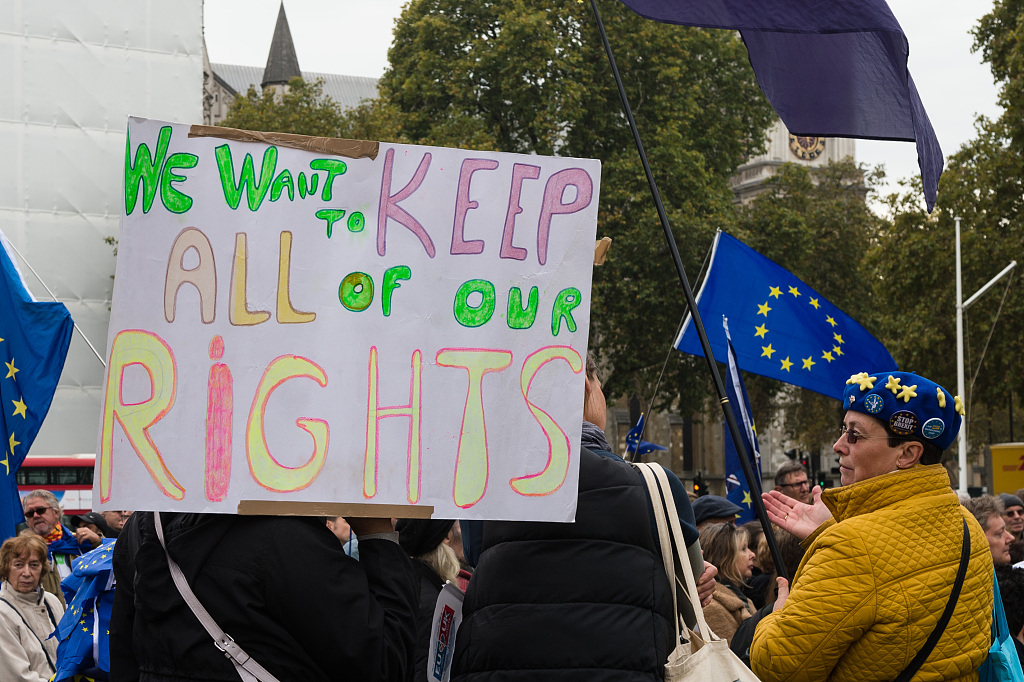 EU citizens in the UK together with British citizens in the EU and their supporters gather in Parliament Square in central London as part of 'The Last Mile Citizens' Lobby' campaign on November 05, 2018 in London, United Kingdom.

Under a plan that enters the test phase on Monday, EU nationals who want to stay must apply for settled status, and pay a charge of 65 pounds ($83) for adults and 32.50 pounds for children.

Immigration Minister Caroline Nokes says the authorities will "deliver a system that will make it easy and straightforward for EU citizens to obtain status."

But trust in the authorities is low, in part because of the recent Windrush scandal in which long-term U.K. residents from the Caribbean were deported or detained because they could not produce documents to prove their right to live in the country.